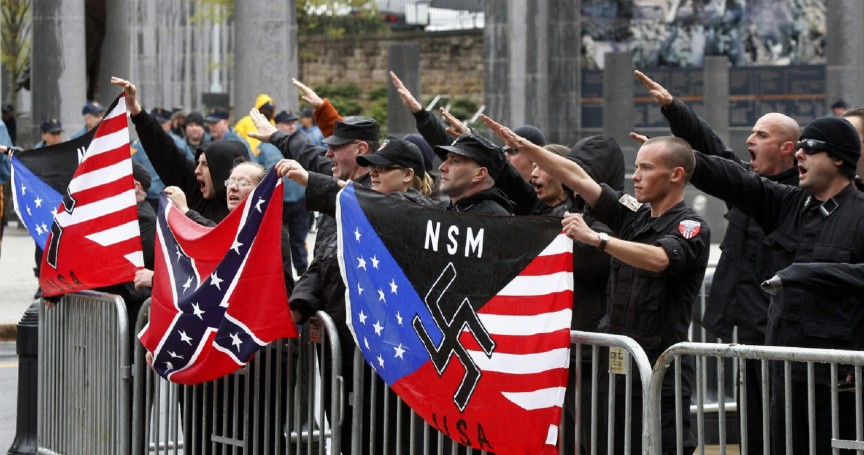 Most racist places in America – In a utopian society, the Reverend Dr. Martin Luther King’s stirring “I have a dream” speech would have made short work of American racism. So succinctly did he put the history of oppression when he said: “I have a dream that one day on the red hills of Georgia the sons of former slaves and the sons of former slave owners will be able to sit down together at the table of brotherhood,” that no one could deny the righteousness of his rhetoric.

Unfortunately, as recent events in Ferguson, Baltimore, and Charleston, among others, have shown, racism still crackles under the veneer of constitutionally guaranteed universal suffrage and Ivy Leagues full of racial minorities. Trayvon Martin and George Zimmerman never went for a long lunch and walking tour of Savannah, in other words.

Rather than gauge racism through incidents, such as the murder of the seventeen-year-old in Sanford, we opted for a more empirical approach, tallying the number of active hate groups per state in 2014. Although there are many kinds, we picked the “Big Three”: KKK, Neo-Nazi, and White Nationalist. If you’re curious, keep reading, and find out the 12 most hatefully racist states in the Union.

Of all the states on this list, many of them are, unsurprisingly, in the South. The first of these southern states is Virginia, which holds two KKK chapters, five Neo-Nazi groups, and four White Nationalist groups, for a total of eleven hate groups. What is surprising is that Virginia has so few KKK chapters. Although two is hardly few, it is fewer than one might imagine for Virginia, the state where Robert E. Lee, the general of the Confederate army (which fought, may we remind you, against the emancipation proclamation), was born.

Top 12 most offensive TV shows of all time (With Pictures)