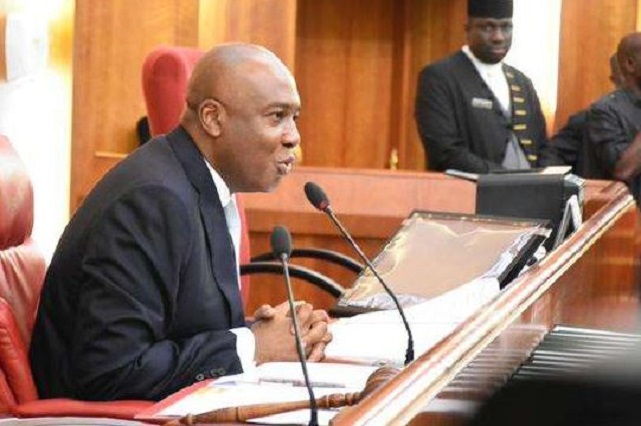 Corrupt politicians holding top offices – Presently, there are hues and cries about the anti-corruption war of the Buhari led administration. Since the All Progressives Congress federal government was sworn in on Friday, May 29, there are some allegedly corrupt politicians who are still occupying major positions in the country.

Some of these individuals are both in the ruling party, the APC and the major opposition party, the PDP.

Senator Bukola Saraki was the governor of Kwara state between 2003 and 2011. He is currently the Senate president of the 8th Assembly. He just of recent got a stay of the trial he is facing at the Code of Conduct Tribunal by the ruling of the Supreme Court. The Senate president was slammed with a 13-count corruption charge.

According to Premium Times of Wednesday, September 16, it had a story captioned, “Conduct Bureau Slams 13-Count Corruption Charge On Senate President, Bukola Saraki.”

The charges included anticipatory declaration of assets to making false declaration of assets in forms filled before the Code of Conduct Bureau while he was the governor of Kwara state, failure to declare some assets acquired while in office, allegedly acquiring assets beyond his legitimate earnings, accusation of operating a foreign account while being a public officer (that is as governor and Senate president).

Saraki who initially had some frictions with his political party, the APC and the presidency in the manner he became the Senate president seems now to have mended all the broken fences between the former two and him. It is as if some horse trading and closing of ranks had been done by the Saraki camp and the president’s men.

It is probable his trial may not see the light of the day. This is because he danced to the tune of the executive arm of the government by overseeing the smooth sail of the President Muhammadu Buhari’s nominee during the ministerial screening. In addition, he now sees eye to eye with the president.

11 celebrities you probably forgot were arrested in 2015 (With Pictures)