What?? 60 yr old Lagos landlord rapes tenant’s daughter till she collapsed – You need to see this! 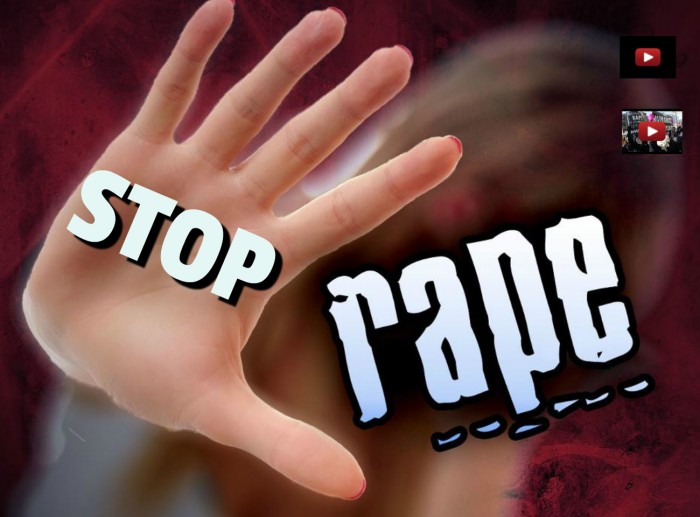 The teenager whose identity was withdrawn escaped death by a hair’s breadth following the prompt response from concerned residents shortly after the encounter.

The accused landlord who hails from Imo State, was said to have been among the people who came to her rescue while pretending like he didn’t have a clue of what happened to the girl.

But luck ran out on him after the victim regained consciousness and narrated what transpired between her and the landlord. Her parents alerted the police from Alakara division who arrested the suspect.

The victim who hails from Ugelu in Delta State, narrated to Punch that her ordeal started the day she ran an errand for the landlord while her mother was away from home.

She said, “He has raped me three times. The first time was late last year when he asked me to buy him N10 sachet water. I bought the item and took it to his room, but he locked the door and pushed me to the bed. He pulled off my pants and I shouted for help.

“He said he would kill me with a knife he had kept on the table if I didn’t shut up. He then brought out a black and white cloth, which he used to cover my mouth.

“He brought something which he rubbed on my private parts and his own as well.

“After he finished, there was blood everywhere. He brought water and said I should wash the bloodstains on my clothes. He gave me N100 to buy a drug to reduce my pain. He said I should not let my parents know that he had deflowered me. He said if they noticed, I should lie that it was a classmate that did it.

The victim further disclosed how the suspect sneaked to her parents’ apartment the following day and demanded the pants she wore the day he deflowered her.

She said: “I asked him what he wanted to do with it; he said he only wanted to see it. I gave it to him, and he took it away. The following day, he returned it to me and said I should make sure I wear it.

“From that time, my private parts started itching me. I found it difficult to urinate.”

The landlord further promised to buy the victim a mobile phone if she kept the secret.

The victim said she became weak after the last encounter with the landlord, so he gave her a tin of milk to drink after which she began to feel dizzy and passed out.

Her mother, Elizabeth said that she rarely stayed at home due to the demand of her factory job, adding that her husband was jobless.

She said the family never suspected Christopher, because of the role he played while Racheal was ill.

She said, “I go to work in Agege around 3am, and return sometimes at 11pm, when they would have gone to bed. By the time I wake up in the morning, she and her siblings would still be asleep.

“When my daughter started complaining about itching in her private parts and could not urinate well, she told me it was her classmate that raped her.

“The landlord took me to the police station and together with some policemen we started looking for this classmate who allegedly raped her. I spent a lot of money and we went to different places, until the police became tired.

“We took her to a hospital for medical test and when I could not wait, I left my daughter with Christopher. When I asked him about the result of the test, he told me the doctors said everything was in order.”

Meanwhile, the victim was reportedly kidnapped by three men soon after the landlord was arrested .

The victim said: “They said I should not shout and that if I did, they would kill me. I can recognise one of them.

“They said I must not run, if I did, they would kill me. They took me to a house.

“They used clothes to cover my face and my mouth and raped me. I was shouting and crying, but nobody came to my rescue.

“After they were done, they started apologising to me. The following day, one of the rapists brought me back home around 6am.”

Her father, Peter, said the family apprehended the suspect and was taking him to the Alakara Police Station when some hoodlums hijacked him from them.

He said he could not tell the fate of the suspect, as the mob pummeled him, before taking him away.

Peter said their neighbours had started keeping malice with them over the detention of the landlord.

Peter, who lost his welding job about 12 years ago, explained that the family did not have the means of relocating from the house.

“It is not our joy to continue to live in this kind of place, but what do we do? I lost my job in 2003 and my wife, who was a factory worker, has stopped working over this issue. We have spent our livelihood on the infection that affected her private parts.

“We need the help of the government and the good people of Nigeria, not only to rescue our daughter, but to save us and give us justice in this case,” he added.

The Coordinator of the Lagos State Domestic and Sexual Violence Response Team, Titilola Vivour-Adeniyi, said the victim had been taken to the Mirabel Medical Centre where a case of rape was established.

She said, “We also informed the Divisional Police Officer in charge of Alakara Police Station and he organised officers who apprehended the suspect.

“However, the victim’s mother did not tell us that she was gang-raped. I think the level of awareness of the family is low. But we will see the case through.”

The Police Public Relations Officer, DSP Joe Offor, confirmed the incident, adding that the matter had been transferred to the State Department of Criminal Investigation.

“The man involved is a 60-year-old man. They all live together in Fadeyi. The case has been transferred to the SDCI and I have been informed that they have taken him to court.

“I am not aware that some boys gang-raped her.”

10 ways to prevent cheating in your relationship – See this now!