10 celebrities who looked hotter after gaining weight (With Pictures) 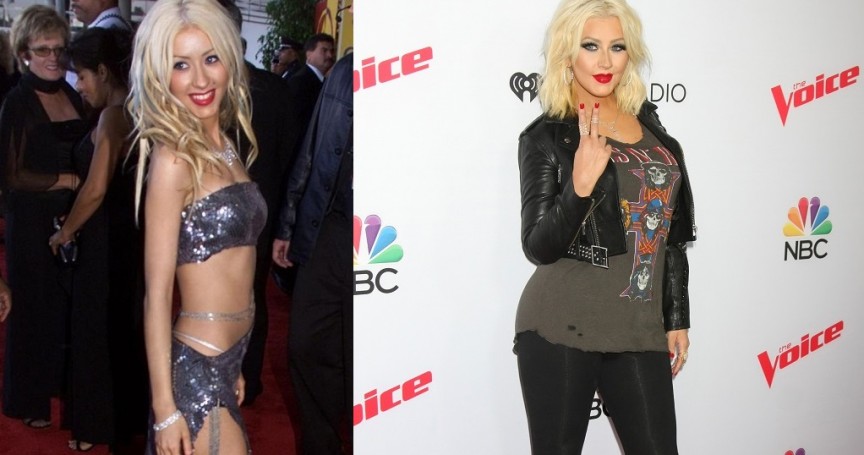 Celebrities who looked hotter after gaining weight – Celebrities don’t always have the luxury of hiding from the world when their weight begins to fluctuate. The second they step outside of their homes, the paparazzi is right there to capture photographs of their bodies at each and every angle.

The media can be absolutely brutal, and whether these celebrities gain too much or too little weight, they are bound to be criticized, mocked, and critiqued about their bodies on a national platform.

But sometimes, celebrities go to the extreme to adhere to Hollywood’s skewed standard of beauty, and male and female celebrities alike feel they need to maintain a certain weight and size if they want to stay in the good graces of industry executives. These drastic measures that many stars go through to stay under a certain weight can sometimes lead to shockingly scary weight loss, unhealthy eating habits, and damaging eating disorders. At the end of the day, they may feel they look better on the big screen, but inside, they’re going through turmoil.

Thankfully, many celebrities eventually take a look in the mirror and realize their unnaturally thin frames are doing them more harm than good, and over time, they slowly revert back to a healthier, curvier physique. Gaining weight doesn’t always mean the end of these celebrities’ careers, and if anything, their changed appearance sends a strong message to Hollywood bigwigs who feel they can dictate and regulate a celeb’s appearance.

These 10 celebrities either gained weight deliberately or accidentally, but either way, they look so much hotter after packing on the pounds! Angelina Jolie‘s weight took a nosedive when the actress underwent a preventative double mastectomy back in 2013. Jolie was told by her doctors that due to her family’s history with cancer, she had a higher chance of developing breast cancer. But her health issues didn’t end there, she went on to have a preventive oophorectomy after it was discovered she had a 50% chance of developing ovarian cancer.

Her health issues led to massive weight loss, and at the time, the gaunt actress kept her procedures a secret from the world. She has slowly begun to gain some of the pounds back, and even though she’s not close to her normal weight, her recent, fuller appearance gives us hope that the actress is on the road to recovery.

The 20 sexiest female gymnasts in the world – You need to see number 1! (With Pictures)