10 things J.J. Abrams did wrong in Star Wars: The force awakens. (With Pictures) 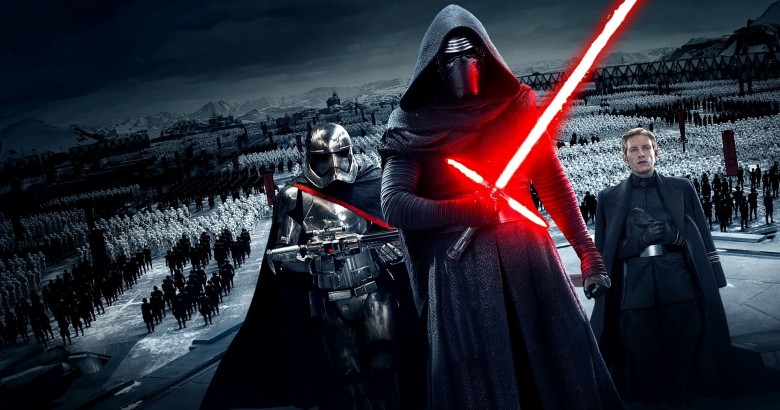 Clearly, becoming the fastest movie to gross over a billion dollars in revenue is a pretty big statement made by the public. Even the reviews that are coming in are solid in favor of the 7th installment in the legendary series.

Episodes 4, 5 and 6, or as I call them, the “Mother Ship,” were an extraordinary achievement for George Lucas which has spurred billions of dollars in revenue off of his original story concept. Certainly, the prequels were pretty bad from almost every point of view, but the fact of the matter is, Star Wars is an industry all unto itself; and deservedly so.

We can fawn over the successes of George Lucas’ original creation; the brilliant establishment of good versus evil; story and special effect uses that have spurred college courses and enhanced the lives of millions upon millions of people all around the world.

But instead, lets focus on Episode 7, The Force Awakens, and see what the brilliant J.J. Abrams has done (or not). Abrams is a genius; anyone who argues with that need only watch the movie Super 8 to bask in his filmmaking glory. And he has led the resurgence of Star Trek and brought color and life to a series that was left for dead. With Star Wars, though, Abrams is up against the ghost of George Lucas’ past and the expectations to fill the void we have all been waiting for; following the legendary 3 original episodes. This is no small undertaking. Abrams definitely did some things right with the movie, but there are a lot of fans with many, many gripes.

With that, let’s look at 10 Ways J.J. Abrams Screwed Up Star Wars: The Force Awakens.

10. Finn – Stormtrooper With A Heart

Okay, let’s dig into this one first. After being drilled about cloning in previous Star Wars films, we now see Finn, the Stormtrooper who is able to differentiate between good and evil. The soft-hearted Finn is a great character at his core. He is intriguing and unwitting in his adventure to escape the “First Order.” However, Finn is greatly flawed. First off, all other Stormtroopers follow orders. He flips a switch early on and basically decides he doesn’t want to be a Stormtrooper anymore. In addition to his “feelings” and his “doubts,” it is only explained briefly that these new Stormtroopers are trained (so a light reference trying to divert our attention away from them being clones). But then why do every single other Stormtrooper appear to be clones? This one doesn’t pass the sniff test and is poor storytelling. They tried to slide this one by the audience, but we’re not biting.

Prev post1 of 10Next
Use your ← → (arrow) keys to browse
Tags: countdownentertainmentMastermind 101moviesphotosStar warsThings J.J. Abrams did wrong in Star Wars
Share12Tweet8Pin3SendShare