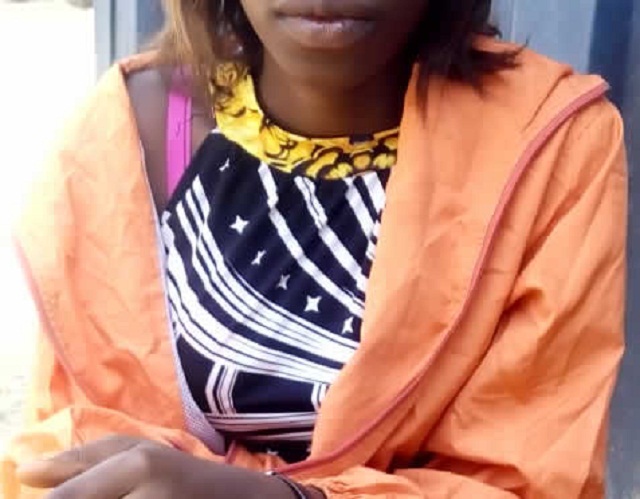 Graduate rapes 19 yr old girl in Lagos – A19-year-old girl, Gbemisola,claims to have been raped by a university graduate, identified only as Kunle. Gbemisola told PUNCH Metro that after the rape, Kunle, 24, began to blackmail her, threatening to release her N*-ude photos if she refused to send him some money.

After the victim reportedly yielded to the threat two times, he allegedly demanded another payment of N10, 000.When Gbemisola refused, the suspect was said to have posted the N*-ude photos on the Internet, including her phone number.

The victim was said to have been called by some of her friends and family members who saw the pictures.The incident happened in Agiliti Estate, Ketu area of Lagos State.

Afolabi, a caterer, told PUNCH Metro that she met the suspect about three weeks ago.

“I was going home that Friday when he stopped me on the road and said he wanted to be my boyfriend. I told him I was already in a relationship with someone else, and that I was not interested.
“He said he would not mind being a mere friend. We exchanged contacts and I left for my house.
“I always post pictures of my new cakes on Whatsapp and he saw one of them and said he liked it. He said he wanted me to make a cake for him. I agreed.
“He asked where I was and I said I was at my sister’s shop. He said we should meet at the junction because the cake he wanted was on his phone and he would want to show me what he wanted.”

She explained that when they met, the suspect claimed to have forgotten the phone at his parent’s home in Agiliti Estate, and asked her to follow him home.

She alleged that no sooner had they got to the house than Kunle locked the door and raped her.

“I blamed myself for my predicament and I decided to bear the shame in silence.
“However, on Monday, which was three days after the rape, he called me, saying if I refused to meet him, I would regret it because he had my N*-ude photos and he would post them on the Internet.
“I begged him and he said I should send him a N1,500 recharge card, which I did. Two days later, he demanded another N2, 000 recharge card, and I sent it.
“Later, he said I should send him N10,000. I was angry and dared him to do whatever he wanted to do.”

Gbemisola, who finished secondary school last year, said she was surprised when she saw her N*-ude photos, with her phone number, on the Internet.She said the incident had affected her psychologically.

The victim’s sister, Ramota, said she got to know about the incident from a family friend who saw the N*-ude pictures.

“My younger sister said she saw Gbemisola’s N*-ude photos on someone’s phone. I was told she wanted to hurt herself due to the shame and disgrace it had brought on her.
“I followed some other family members to Kunle’s parents’ house and they promised to make him delete the photos. But we never knew the photos had gone viral.

Kunle, when contacted by our correspondent denied the allegation, saying he was in a relationship with Gbemisola.He said the N*-ude photos were not circulated by him, adding that the 19-year-old originally sent the photos to him during their conversation on Whatsapp.

“I am a graduate of a private university in Osun State and I know what I am doing. We met a few weeks ago and we started chatting on Whatsapp. I asked her to send me some of her pictures when she travelled to Ondo, and she said, ‘Is it my breasts?’, and I said yes.
“After that, I asked for the pictures of her private parts, and she sent them to me. I did a picsmix of the photos and jokingly sent it to her. I have since deleted the photos from my phone. The only regret I have was that I showed them to my friends.
“The first time she visited me, we didn’t do anything. It was the second time she came that we made love. I have all our chats as evidence that she sent those pictures to me.
“She came with her relatives to my house and damaged my laptop which I bought for over N90,000 and now, they are going to the press. I know my rights and if this is the way they want it, no problem.”

The Police Public Relations Officer, Joe Offor, said he would call back, but he had yet to do so as of the time of filing this report.

EFCC seals off Dasuki’s mansion in Kaduna – See photos of the mansion!