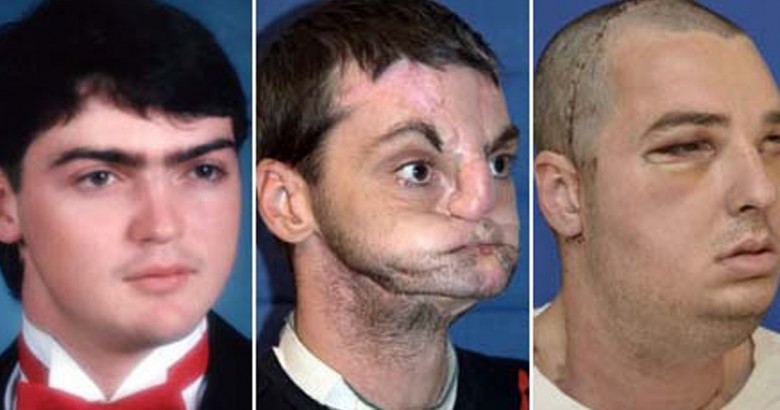 Firefighter Patrick Hardison knew he was signing up for a dangerous job when he decided to fight fires. What he didn’t know, was that he would become the posterchild for facial transplant surgeries, and undergo the most expensive transplant in history, costing between $850,000 to $1,000,000.

In 2001, Patrick Hardison ran into a burning house. While not common fare for typical people, Patrick was doing his job. In the midst of extinguishing the flames in a burning room, the ceiling fell on Patrick’s face.

Over the course of the past 15 years, Patrick underwent over 70 skin graft surgeries to nourish what was left of his face – which wasn’t much. A member of Patrick’s church suggested that he consider getting a facial transplant to reduce the number of surgeries he would have to endure throughout his life.

Patrick looked into it, and crossed paths with experienced facial transplant doctor Eduardo Rodriguez. Doctor Rodriguez put together a team of 150 doctors and performed the most extensive transplant surgery on Patrick that has occurred to date.

The doctors used tissue from a 26 year old bike messenger’s face to rebuild Patrick’s scalp, ears and ear canals, cheeks, entire nose, and portions of his cheekbones. The results of the procedure are astonishing for their rapid success. Patrick can now grow hair out of his scalp for the first time in 15 years, his ears are intact and are projected to improve his hearing, and his lips are impressively sculpted. Patrick remains optimistic about the prospects of his recovery.