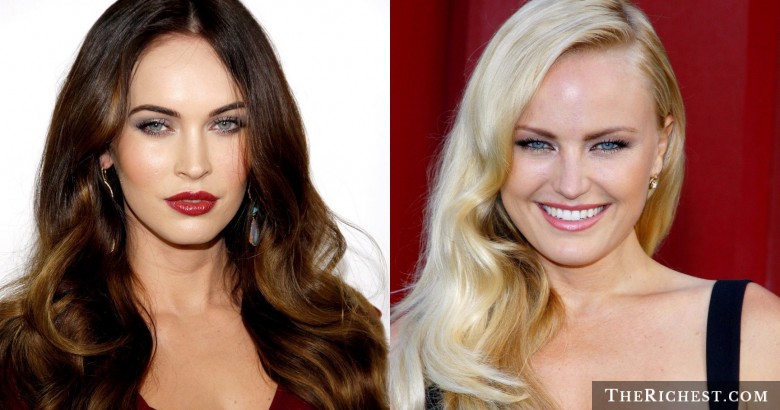 Hottest no-talent actresses in Hollywood – What do you like most in a movie? Most audiences appreciate movies and TV programs that will captivate them, engage them from the very first to the last scene, have outstanding visuals and effects, evoke a perfect blend of emotions, and of course, feature actors and actresses that will bring the characters to life in the best possible way.

A wonderful script can be transformed into a mind-blowing production if the producers and directors work with talented actors, but even the best script in the world can result in a terrible performance if the actors have no talent at all.

However, it is possible for movie and casting directors to hire some actors for reasons other than the talent that they have, because there are some characters who would sell a production more than others. When it comes to choosing actresses, it is almost impossible for the directors to turn a blind eye on just how beautiful the characters they want should be, because audiences are more likely to watch movies with famous and extremely beautiful women.

Some women have made it in Hollywood just because of how beautiful they are, which if you think about it is not a bad thing. Producers will always strive to have as many people as possible watch their productions because the viewership is directly proportional to the amount of money they will make. Therefore, producers will often not mind sacrificing talent for beauty, which is probably the case with some of the women here below.

It is, however, important to note that most of the actresses on this list do have some acting talent; it is just that their beauty outweighs their talent. Who do you think should be added on this list, and who do you think does not belong here? January Kristen Jones is an extremely hot American actress and model, who began her acting career back in 1999. Born on January 5, 1978, in South Dakota, January Jones was named after January Wayne, a character in Jacqueline Susann’s 1973 best-selling novel called Once is not Enough, something that might have pushed her into the acting scene. January Jones is famous for her role in the TV series Mad Men that aired from 2007 to 2015, the on-going Fox series Last Man on Earth, her appearance in X-Men: First Class as Emma Frost, and her role in the 2003 movie American Wedding. Despite the fact that we love January Jones so much and we never mind watching her on screen, she lacks the talent required of an actress of her level.