The long list of hot women P Diddy has slept with – Shocking names! (With Pictures) 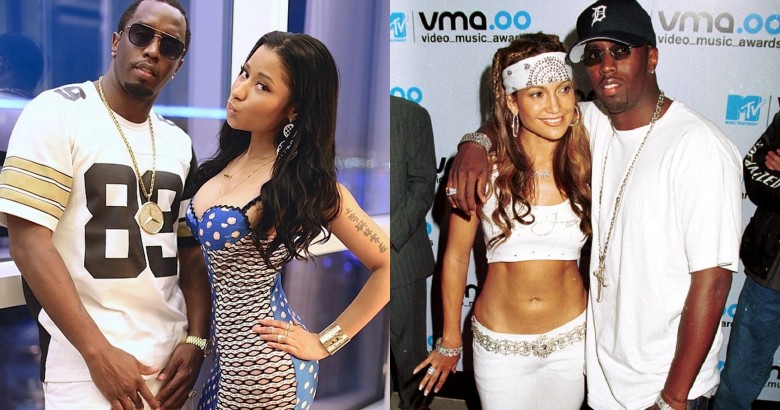 List of hot women P Diddy has slept with – Sean Combs, better known as P. Diddy or even just Diddy is well known for his massive influence and success in the music world. He started as a rapper and actor but is now more involved with producing records and being an entrepreneur. He owns Bad Boy Records which has been around since 1993 and developed many of the biggest music artists from the past couple decades.

He is also the owner of his own clothing lines, Sean Jean and Sean by Sean Combs. This man has been a success in many ways and Forbes confirms it by listing him as being worth over $735 million.

With fame and success comes lots of power, influence and, well, relationships. Diddy has made quite a name for himself in the business world, but he has also made a name for himself in the world of females where it seems he can get any woman he wants. His love of beautiful women, especially models, has been well documented by paparazzi and multiple women coming forward with tell-all accounts of their relations with the music mogul. It is safe to assume you are curious to see what beautiful faces are included in this star-studded line up of ladies, so we have narrowed down his alleged conquests to a list of the top 20 hottest women Diddy has been with.

Diddy sure did love him some supermodels, and he was infamous for flying them around and keeping them close to him. One of the many was the beautiful Alicia Duvall who he was rumored to have dated around 2002. Douvall is originally from Britain and known for being a model and also her involvement, in reality, TV shows. She is also well known for a number of plastic surgeries she has undergone. She claimed to be pregnant with Diddy’s baby but he denied it, and she sadly ended up miscarrying the baby, so the claim was never able to be substantiated.

Kimberly Denise Jones or better known as Lil’ Kim is one of the most iconic female rappers in the music world. She has worn a lot of hats throughout her career, such as model, actress, producer, writer, and rapper. Kim is originally from New York and got her big start rapping with The Notorious B.I.G. as well as singing her involvement in the song “Lady Marmalade” for the film Moulin Rouge. She performed with Diddy and put out multiple hit songs with him. Around 1997/ 1998, the time he was with his girlfriend, Kim Porter, he was rumored to be having an affair with Lil’Kim, but it has not been proven.

Although this one is seen as a long stretch by many who follow Diddy and his various diddies, Nicki Minaj is still a prime suspect for having more than just a friendly relationship with the music mogul. Minaj is mainly known for her mad musical and theatrical skills that have made her one of the most popular rap artists out today. She is actually the only woman to be put on the Forbes list of Hip-Hop Cash Kings. She is known to be dating Meek Mill, but there have been rumors in the past of her and Diddy since they work very closely on many projects and have been spotted out n’ about holding hands.

10 Reality stars who are richer than the Kardashians (With Pictures)