10 Celebrity relationship tattoos that were a terrible idea (With Pictures) 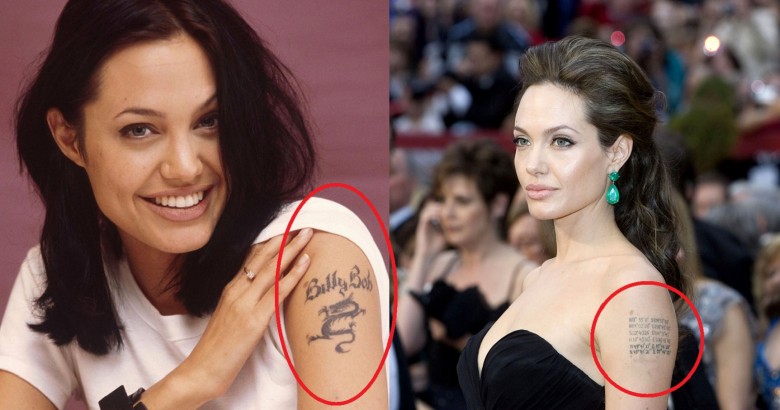 Celebrity relationship tattoos that were a terrible idea – There are lots of different ways people show affection. Some people like to show how much they care by giving their loved one a large bouquet of flowers. Others prefer chocolates and a card with a heartfelt note inside. Some prefer to express their emotions with words, as in the form of a poem.

Then there are those who like to show how much someone means to them by getting a tattoo in their honour.

Some people may think that rings are a commitment, but they are nothing compared to tattoos. Rings may be expensive, but they can come off and they do not leave behind any permanent marks. Tattoos are pricey AND there is no slipping them off easily. We’re talking permanent body modification when you get inked. The only way a tattoo is ever going to come off is if you cover it up with something else, or if you undergo multiple painful laser treatment sessions, and even then there can still be a visible mark.

When Big Bang Theory star Kaley Cuoco got married to professional Tennis player Ryan Sweeting, she got the date of their nuptials tattooed on her back in roman numerals. Ryan also got the same ink on his arm, along with Kaley’s name. After only 21 months of marriage, Kaley and Ryan decided to split up and all she was left with were the memories and the godforsaken tattoo. Even though the ink wasn’t as obvious as having Ryan’s portrait or name tattooed on her back, Kaley still wanted it gone. She covered up the wedding date tat with a butterfly. She also said she would not be tattooing any future wedding dates on her body. Good call.

The 7 worst dressed Nigerian celebrities of all time – #3 will leave you in stitches! (With Pictures)