10 Sexy actresses you didn’t know use stage names – You will be shocked to see this! (+Photos) 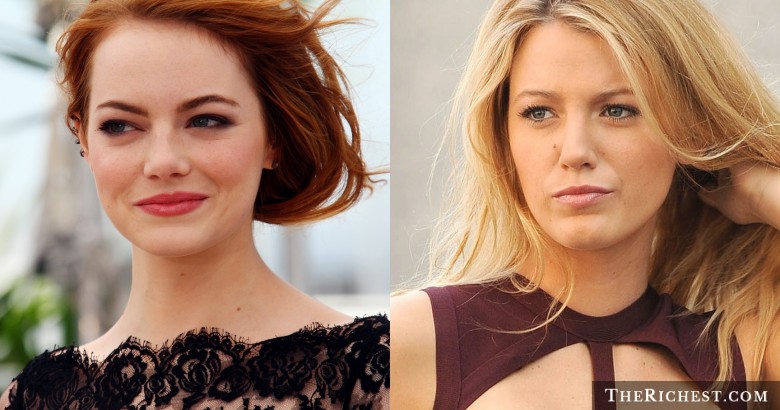 Actresses you didn’t know use stage names – Stage names have been around since the dawn of Hollywood, and some of the most famous stars in history have gone by stage names, leaving behind fans who don’t even know their real names. For example, many people don’t know that Judy Garland was born Frances Ethel Gumm. Cary Grant was born Archibald Alexander Leach.

Both of their birth names are quite the mouthful compared to the sleek, crisp sounding stage names they adopted, so it’s easy to understand why those stars opted for stage names.

Even some singers use stage names these days. Lana Del Rey debuted as Lizzie Grant, as her birth name is Elizabeth Woolridge Grant. Due to difficulty finding success, she changed her name, reinvented herself an emerged as Lana Del Rey, songstress that teenage girls in crop tops and floral crowns are crazy about. Katy Perry was born Katheryn Hudson so her name was Katy Hudson, which sounded a bit too similar to the already mega-star Kate Hudson. She went by Katy Perry so as to not be confused with the actress.

Actresses change their names for an assortment of reasons. Like Perry, they can sometimes change their name because there is already someone mega famous with their name or a name way too similar to theirs. The Screen Actors Guild does not allow two actors to register with the same name so if someone beat them to it, they won’t even really have a choice. The decision to change one’s name can also be based on the appeal of their birth name. Longer names that are difficult to say are deemed less likely to become a household name. This list is comprised of 10 beautiful actresses who, for one reason or another, adopted a stage name. Natalie Portman was actually born Natalie Hershlag. She adopted Portman, which is her mother’s maiden name. It has been stated that she did this before the release of Léon: The Professional in order to protect her family in case the performance wasn’t good. There was apparently no need for such precautions to be taken since her performance would be well received and launch her acting career at a very young age. She would go on to be nominated for an Oscar for her performance in Closer in 2005. Finally in 2011, Portman would be nominated and win for her role in Black Swan. She has chosen to continue using her stage name in order to have some privacy for herself.