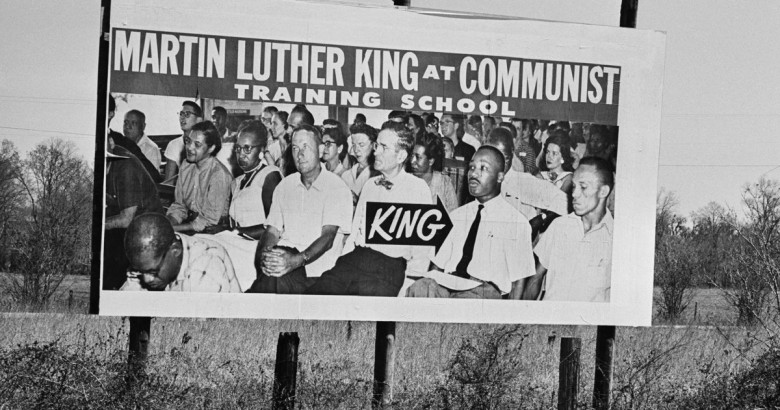 Martin Luther King Jr. – The only American to have a federal holiday named for him, Martin Luther King, Jr. remains a celebrated leader more than 60 years after he first appeared on the national stage fighting for civil rights. The Baptist minister stepped forward in the African-American struggle for equality and led the cause using civil disobedience before sealing his place in history through inspiring speeches, such as “I have a dream,” presented to hundreds of thousands of protesters during the 1963 march on Washington.

King was even awarded the Nobel Peace Prize in 1964, the youngest recipient ever honored. And while his dream has since moved closer to reality, King was slain before he could see his words come to fruition, a martyr to freedom. To this day, King is one of the most recognized of 20th-century Americans, and few are unaware of his legend.

In spite of his heroism in the face of adversity, King was still human. And as a human, he was flawed. While King the legend was selfless and heroic, King the man was an adulterer and a cheater who tried to hide his smoking habit. If he had lived in today’s world of constant scrutiny, King the legend could have been assassinated by the media long before King the man fell to an assailant’s bullet. Fortunately, Martin Luther King, Jr. is one American hero who is remembered and honored for his public accomplishments instead of the skeletons in his closet.

It’s always helpful for a budding legend to have a legendary name, and nothing could be more true in King’s case. Technically, however, Martin Luther King, Jr. never existed − at least in the legal sense. On his birth certificate, King’s first name was listed as Michael. The confusion actually began with the naming of his father, Martin Luther King, Sr. According to King Sr., his given name was Martin but his mother always called him Mike. In 1957, the elder King told the New York Post he wasn’t even aware his first name was actually Martin until his father told him when he was 22 years old.

“I was elated to know that I had really been named for the great leader of the Protestant Reformation, but there was no way of knowing if papa had made a mistake after all,” King, Sr. told the Post. “Neither of my parents could read or write and they kept no record of Negro births in our backwoods county.”

Still, the senior King accepted the name Martin Luther and called his son the same. It wasn’t until many years later he discovered the doctor who delivered King, Jr. had listed his first name as Michael, thinking that was also his father’s first name. Whether it was a mistake or not, no records documenting a legal name change have ever been uncovered. Legally, Martin Luther King, Jr. was a myth.

LADIES: How to make love to a man that he will NEVER forget you..