13 Men that are bigger ballers than Dan Bilzerian – See how they blow money! (With Pictures) 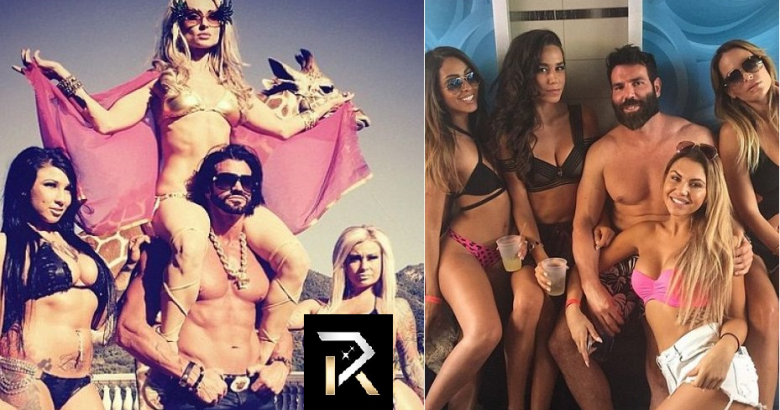 Men that are bigger ballers than Dan Bilzerian – Dan Bilzerian has carved out a name for himself on social media; his penchant for yachting, half naked women, private planes and straight stuntin’ has made him wildly popular on the likes of Twitter, Facebook and Instagram. He has even managed to have a few memes that give everyone a nice, little chuckle.

Due to his brazen lifestyle it seems as though more and more men are taking to ‘Bilzerian-ing’. Taking a page out of Dan’s book and giving zero crap about anyone else as long as they can make others jealous by posting their awesome lifestyle on Instagram. It is only natural that there would be copy cats or as some for say, fore fathers of the playboy lifestyle that Bilzerian is mastering at the moment. The poker player was first noticed in the stands watching a game of poker go down but what really caught people’s attention was the female who was lovingly stroking his beard as if it was the top of a newborn’s head. Since then the world has been infatuated with Bilzerian and everything he does.

While Bilzerian is not the first person to be a douche-y playboy who has received unnecessary attention, he is the only one at the moment who is doing it with such style and class that he has celebs and people from all walks of life mimicking his bad boy style, or at least desperately trying to. Floyd “Money” Mayweather is no stranger to the a flashy lifestyle; his fans can frequently see him boasting about how much money he has, how much money he gives away to charities and inner city youth but more prominently, they see his love for young, exotic women. Mayweather does not hesitate to show off his latest conquest all over his social media pages. His lifestyle makes men around the world envious and even some women (the ones who he did not pick to spend the night). Mayweather is the Dan Bilzerian of the boxing world, no one can contest that.