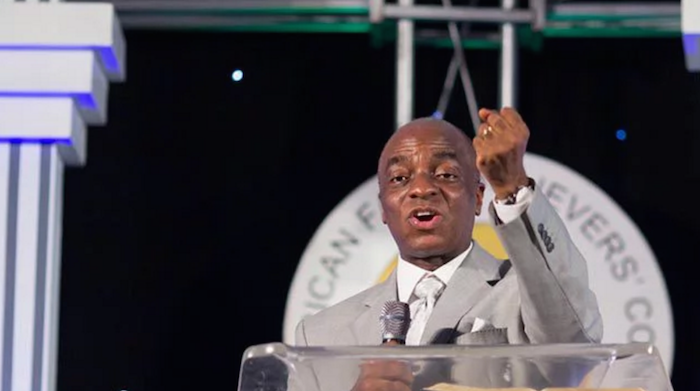 Bishop David Oyedepo retires: It seems the General Overseer and founder of Living Faith worldwide Bishop Oyedepo is set to retire from active service. The church popularly known as Winners Chapel is about to witness a change of baton as the first son of Oyedepo, David Oyedepo Jnr is set to take over the leadership of the church from his father Bishop Oyedepo who has been at the helms of affair of the church since inception come Sunday, January 10.

As the resident pastor of Faith Tabernacle, Ota, he is expected to oversee the activities of the church worldwide and forward such to his father, Bishop David Oyedepo. There is possibility of alignment and re-alignment in the pastorate of the church with the coming of David Oyedepo junior as the resident pastor, as some pastors are likely to be redeploy, to pace way for the young ones in the ministry.

Meanwhile, the proposed hundred thousand sitter capacity auditorium of the Winners Chapel is expected to gulp a whopping sum of 50 billion naira.

This was revealed exclusively to Naij.com by a senior pastor in the ministry. He said: “The church is not taken anything for granted about the edifice, which is a first class structure all over the world. The money needed to complete the structure will not be less than N50 billion according to the findings and discussion on it.”

The project is expected to start before the end of the first quarter of the year and end in less than 24 months.

Meanwhile, a Facebook user, Endy Edeson, who was at this 2015 Winners Chapel Shiloh has claimed that the presiding bishop of the church, Bishop David Oyedepo, miraculously performed a miracle which made a woman’s boobs grow bigger.

12 popular Yoruba actors you didn’t know are Non -Yorubas – This will shock you! (With Pictures)