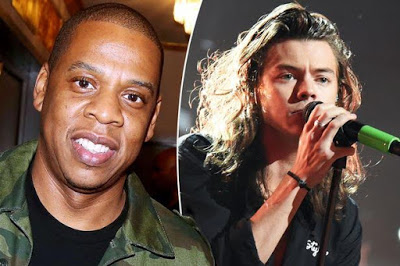 Rap mogul and Roc Nation CEO Jay Z says he can make Harry Styles of One Direction the biggest artiste in the world and also connect him with the biggest producers and artistes within a year. The hip hop producer and rapper said he was interested in signing the One Direction star as a solo artist to his label Roc Nation.
READ ALSO

But he admitted he faced a challenge from the band’s current boss Simon Cowell, offering the X Factor supremo a “joint venture” instead. Jay Z, told the Daily Star Sunday: 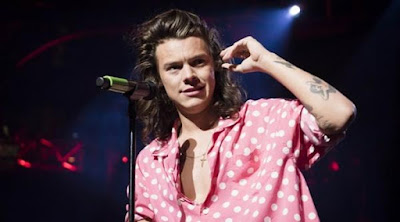 “Harry doesn’t need any help with exposure, everybody in the world knows who he is. But he does need to make the transition from being part of a group to becoming an individual artist. I can get him working with the bigger artists, the biggest producers – and have him as the biggest artist within a year. I would love to sign Harry. Simon is going to want to carry on working with him, of course. But we could do a joint venture – we both have big qualities we can bring to the table.”

He added the 21-year-old star could make enough money “for everybody to get a piece of the pie”.

Simon brought Harry, Zayn Malik, Liam Payne, Louis Tomlinson and Niall Horan together as a band at the boot camp stage of X Factor in 2010. They were later signed to his label Syco Music, under Sony Music Entertainment.

Jude Okoye and Illbliss reacts to Don Jazzy and Olamide reconciliation – See what they did!