The 15 most shocking moments in Royal Rumble history (With Pictures) 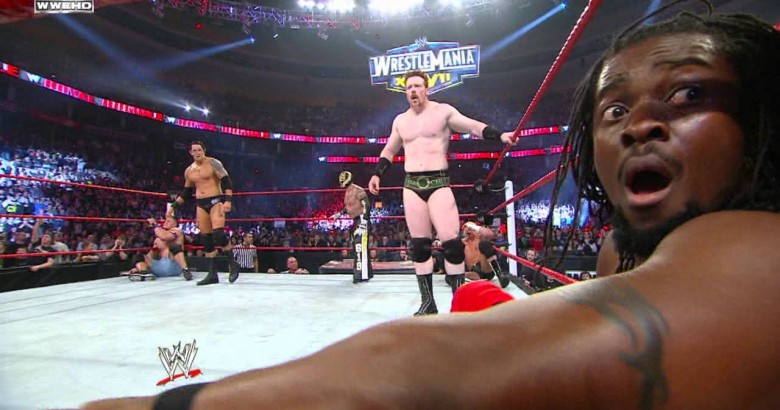 Most shocking moments in Royal Rumble history – The Royal Rumble has always been an event that has some interesting matches. Of all the matches, one generally stands out above the rest: the Royal Rumble match itself typically has surprise entrants, and feats performed by participants to prolong their time in the ring.

Whether it was the surprise return of Diesel in 2011 or Bubby Ray Dudley’s entrance in the 2015 Royal Rumble, the names that have been a part of the match even for one night are certainly notable. Fans probably remember the various stunts that Kofi Kingston has performed over the years, or the parkour that John Morrison used to save himself from being eliminated one year.

One year saw Chyna compete in the Royal Rumble match as well. However, this match isn’t the only one that has had moments that stood out and surprised fans. In fact, while some surprises are tied to whowon, when they won and how they won, there are moments from the Royal Rumble that shocked fans because of other events that took place. This coming year will be the twenty-ninth annual Royal Rumble. The odds appear to be stacked against Roman Reigns, but the question is, will events occur that amount to another must see moment? We can surely anticipate a number of surprising moments in this year’s event. Here are 15 of the Most Shocking Moments in Royal Rumble History.

15. Mankind receives 10 chairshots from The Rock at Royal Rumble 99′ One of the most shocking incidents at a Royal Rumble event occurred during an “I Quit” match between Mankind and The Rock. It was controversial for the unbelievable abuse thatMankind received. At one point in the match, The Rock hadMankind‘s hands bound, and he was unable to use his hands to protect himself against chair shots to the head. The result was an astounding ten chair shots, leaving him bloodied and beaten. Today’s PG product would never allow this type of brutality to take place. It was also controversial because the match took place with Mick Foley’s wife and children at ringside. The family’s distraught reactions to this “fake” wrestling event was documented in the film Beyond The Mat.