Top 13 hottest football stars’ daughters – #1 will make your eyes pop out! (With Pictures) 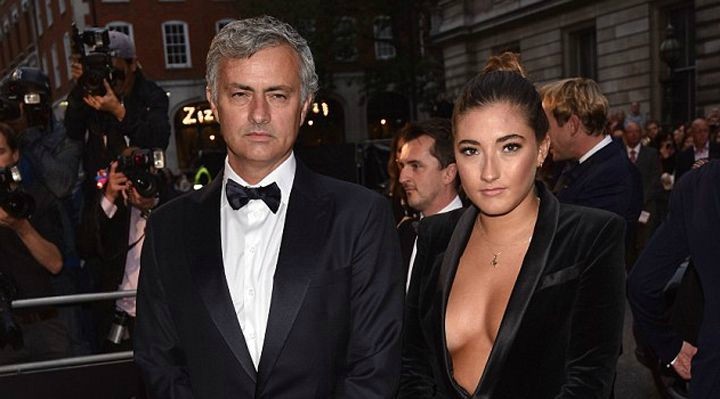 Hottest football stars’ daughters – Yes, I am a complete creep for writing this article. No, I deserve no forgiveness. If you are a father of one of these women, please do not come after me. Before you read any further, I must inform you that in order to complete this journalistic endeavor I engaged in some of the most vigorous internet creeping since the dawn of social media.

To you this may evoke what bachelorettes likely did prior to this season’s The Bachelor with Ben Higgins – except their version likely involved more lust and fewer rigors. The only reason that analogy popped into my head is because The Bachelor aired immediately following Jeopardy! The point is, creeping was the primary method for gathering information for this article. Perhaps such methods are now standard in 21stcentury journalism – if this article is even deserving of that description.

On to the daughters: It’s important to note that they are not known for being socialites or models, with a few exceptions. Instead, they are simply known as the daughters of soccer stars. As such, their photos aren’t exactly strewn across the internet. Due to this lack of evidence, ranking them by their looks was not at all a simple task. I decided to go to the next step.

Instead of ranking purely on traits typical SI swimsuit models such as Kate Upton or the lip-filling Kylie Jenner (both of whose photos undergo masses of airbrushing, if you were still unaware), I’m attempting to consider anything from athletic accolades to educational background, and even how illustrious their own father’s careers were. So, there may be a couple of caked-up faces in this list, but fewer than you might expect.

Again, please forgive me, fathers (of daughters). We’ve made this list an unlucky 13 because only bad karma can come from doing something like this, am I right?

She might be beautiful, but her father’s unspeakable doing in the 1986 World Cup quarterfinal against England will leave her in last place in any ranking – at least for all of us associated with Her Majesty. For those of you unaware, “The Hand of God” is what is being referring to. Diego’s blatant fisting of the ball into the goal went uncalled and England has since been unable to get to the finals of a World Cup since. Dalma is in her 20s and is a professional singer and actress, so of course she has Instagram and Twitter pages. Interestingly, her sister Giannina was married for four years to Manchester City star Sergio Agüero.