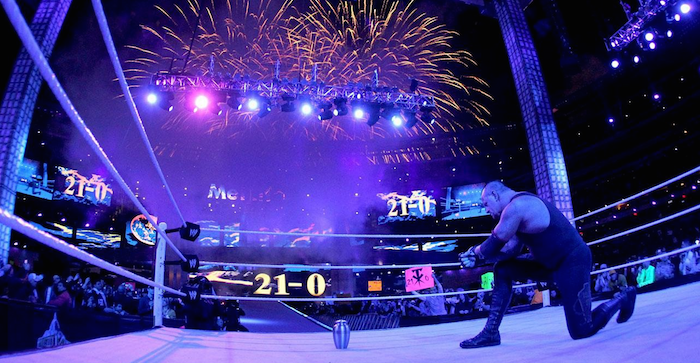 This list is made of the records that refuse to bow to the forces of time. These are all statistics and streaks that were forged by wrestling heroes in the eyes of fans. They are their claims to fame, and are largely the foundation of the WWE’s already illustrious history. For those looking to educate themselves on the best of the WWE, or those simply looking for a refreshing nostalgia trip, read on for the top ten unbreakable WWE records.

Here’s one record we’d venture to say every wrestler will want to remain unbroken. After all, being the record holder for the shortest title reign of all time is not the most honorable distinction. Unfortunately for Triple H, it’s a distinction he will likely hold for as long as the WWE exists.