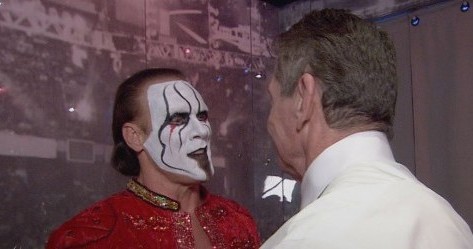 Backstage WrestleMania moments – It doesn’t get any better than WrestleMania, does it? When it comes to historical moments in wrestling history, WrestleMania certainly never seizes to disappoint. Time and time again, our jaws dropped from some of the most heroic victories and iconic moments us wrestling fans cherish.

With this being said, there is also the other side of the spectrum. Whether we know it or not, WrestleMania produces a nervous energy amongst its performers. Some of the greatest wrestlers this industry has ever seen have fallen victim to some sort of controversial backstage moment leading up the biggest show of them all. CM Punk and Steve Austin are a prime example of this, both having walked out of the company after hearing what was in store for them on the biggest show of the year. Yes, WrestleMania is that big of a deal for those involved. Let’s now take a look at 12 of the most controversial backstage moments Vince McMahon wants you to forget about.

12) Brock Unwilling To Break The Streak

Contrary to what many wrestling fans think, Lesnar was actually not comfortable breaking the streak. According to Jim Ross, Lesnar thought him winning the bout wasn’t even a question. Ross further speculated that even when Lesnar was told he’d be winning the match, Brock still insisted he wanted to lose, but despite Lesnar’s pleas the decision had already been made. The decision was shocking to everyone backstage. According to sources, Shawn Michaels was scheduled to celebrate withDaniel Bryan following his title victory at WrestleMania XXX, though apparently Michaels was so shocked by the streak coming to an end that he left the arena early and decided to not participate in the main event. It truly was a bizarre night for everyone.