15 Horrible celebrity interviews we can’t forget – #3 will leave you in stitches! (With Pictures) 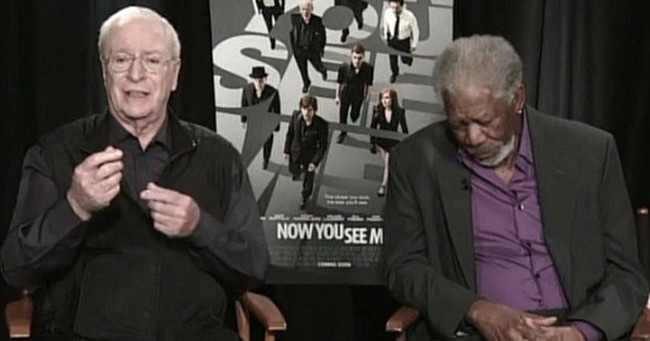 Horrible celebrity interviews we can’t forget – Whenever a celebrity has to promote a new movie or project, he or she will often appear in the media and do interviews. These interviews are usually pretty straightforward: The interviewer asks some project-related and/or pre-approved personal questions, the celebrity responds to said questions, and all is right in the world – but every once in a while, an interview goes horribly wrong.

This could be the fault of the interviewer asking inappropriate or off-topic questions, the celebrity feeling insulted or being in a bad mood, or the occasional (uber-entertaining) combination of both.

As you’ll see, horrible celebrity interviews can happen for a number of reasons, and the resulting drama is something like watching a bad car accident – hard to look at but nearly impossible to turn away from – especially when it comes to these 15 horrible celebrity interviews. It’s clear from the interviewer, celebrity or situation that something bad is probably going to happen, which is exactly why these interviews are so hard to forget. Were they as memorable for you as they were for us?

During an interview with the U.K.’s Channel 4 News, Robert Downey Jr. got so fed up with being asked questions about the “dark periods” in his life that he abandoned the interview completely. Apparently, RDJ was under the impression that he had been invited onto the show to discuss the release ofAvengers: Age of Ultron, not incidents involving his drinking and drug use from over 10 years ago. Instead of entertaining the b.s., RDJ got up from his chair and exited the building, later telling Howard Stern, “I’m one of those guys who I’m always assuming social decorum is in play, and that we’re promoting a superhero movie, a lot of kids are going to see it, and that just has nothing to do with your creepy dark agenda.”