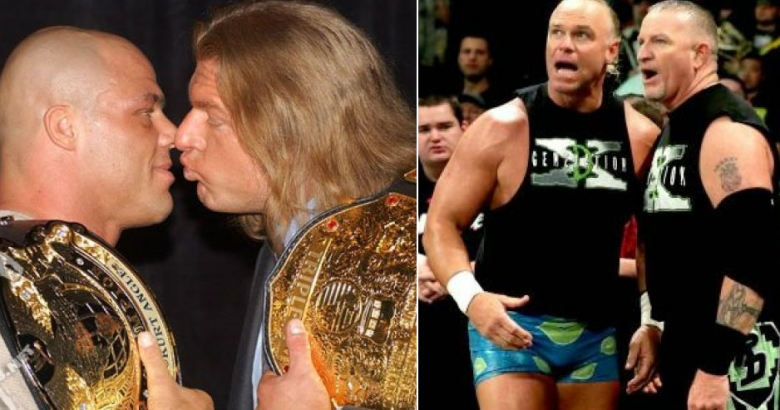 WWE wrestlers who dissed Triple H – Once again the Triple H haters made themselves very vocal following Hunter’s Royal Rumble victory which also crowned him as the new WWE Champion. This isn’t the first time nor will it be the last time Triple H is criticized for something.

Throughout his career this has been a common occurrence, so many wrestlers have spoken bad about the WWE’s COO in various interviews or social media postings. Just recently, Matt Hardy was added to the list, claiming Triple H was not a good wrestler. Some believe all of the criticisms are warranted, while others believe that the criticisms are because of bitterness. You always got to blame someone for not making it right, those words were spoken by Triple H himself when asked about all the heat he gets from former and even current wrestlers.

This article will look at a wide range of wrestlers, from CM Punk to Kurt Angle to Paul London to Scott Steiner. Some wrestling personalities are also on this list including Eric Bischoff and Jim Cornette. Let’s now take a look at what some of these wrestlers and what they had to say. Here are 15 wrestlers that hated on Triple H. Enjoy! It was a very bitter ending to Angle’s final WWE run before he jumped ship to TNA. Following his departure, Angle opened up about his frustrations regarding how the WWE handles business. As you might have already imagined, Triple H was one of his targets. Angle claimed that Hunter was trying to bury him because The Game couldn’t accept the fact that Angle was better than him. Kurt went on to discuss many other problems he had, and Angle recalled a problem with Shawn Michaels. According to Kurt, Michaels would tell Hunter that Kurt was too aggressive in the ring. The message would later be relayed to McMahon who would tell Angle to tone it down. Angle claims he was fed up with all these types of politics backstage, thus leading him to his departure from the company.

It is said that today, Angle is very open towards a final comeback with the WWE despite his past problems. According to rumors, Triple H wants no part of Angle with the WWE at the moment. It remains to be seen if Angle will ever have one final run with the company.