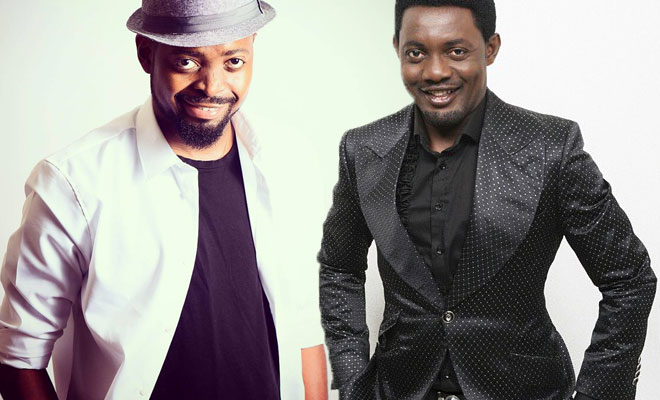 Helen Paul recently took a jab at Ali Baba, Gordons and Basketmouth at the AY live show in Port Harcourt where she said that Ali was getting old and had no more jokes to crack.

See what he wrote below:

”In life, there are many reasons some people will hate you. There are many reasons some will run you down. Some will say all sorts to make themselves feel important. Or get out of a tight corner. Some do it just to be happy. The people that you should beware of are those who say things and in spite of how wrong what they said are, still try to tell you they did not mean it. Or didn’t mean what they said “that way”. There are those who make you feel comfortable and just when you are settling into the besto zone, stab you in the back. I have heard all sorts in my short life time. One time, an event planner wanted me to be Mc of an event and wanted to get a female co-mc, so I suggested 2 names.

One of the ladies I suggested, told the lady she should get another Mc that she could work with. Why? The event pLanner asked. Ali is old, get a younger Mc. As fate would have it I still worked with her. During the event, as I wrote notes for her, to introduce several segments of the show and how to bring on different dignitaries, the event planner will come backstage and smile. She came in backstage once, while my co-mc was on stage, using an intro I gave her and said, “Ali you are rare. Someone just commented on how awesome the introduction ********* (co-mc’s name) gave the last speaker was. I nearly told him you wrote it. Especially after what she said when I was trying to book her.” Not necessary, I replied. When people write you off, get right in.

Some two years ago, someone said Ali Baba’s time has passed, I did a straight 6 hours of stand up comedy. All of my original stuff. Many of the comedians who were at the show, have since boosted their jokes arsenal with some of the materials used in that epic performance. And since that 6 hours, many comedians have received free jokes as often as we meet.

My producer @officialbunmidavies told me jokingly that if the 6hr video is made public, many people will see the source of some great jokes.

But as Zakilooooo will say Judas no stop Jesus. It’s allowed. People who don’t see you in economy class are unaware you are lounging in First class… Even when you are on the same flight. (thanks @mi_abaga) Who the cap fits…