CBN governor, Godwin Emefiele to be sacked by president Buhari 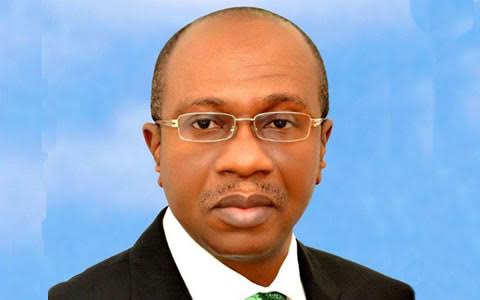 Central Bank of Nigeria (CBN) governor, Godwin Emefiele, may be the next top profile government official to lose his job, Ripples can authoritatively confirm. Top presidential aides confided on Monday that the dragnet is drawing closer to Emefiele, who was appointed as head of the nation’s apex bank by former President Goodluck Jonathan on June 3, 2014.

Emefiele replaced Mallam Lamido Sanusi, the Emir of Kano, who was controversially suspended and fired by Jonathan for alleged insubordination.

But the CBN chief has been in the eye of the storm lately following revelations that the nation’s treasury was practically emptied to fund the failed re-election bid of Jonathan in 2015.

Emefiele, investigators alleged, granted government officials unfettered access to the treasury during the electioneering period and even printed new currencies when the vault was drained.

Many people expected President Muhammadu Buhari to have fired the bank’s chief following his alleged involvement in the infamous Dansukigate scandal, but a top presidential aide said Buhari decided otherwise, to strike at the best time.

Many people expected President Muhammadu Buhari to have fired the bank’s chief following his alleged involvement in the infamous Dansukigate scandal, but a top presidential aide said Buhari decided otherwise, to strike at the best time.

“What people don’t know is that the President has made up his mind Emefiele must go. But he only wants to do it at the best time.

“He believes he should get as much information as possible from the CBN chief before dispensing with him. If he just sacks him, it will not benefit the nation.”

Another source said the presidential briefing has unveiled many shocking revelations that beat the imagination of Buhari.

“Without going into details, Emefiele has told the President how the treasury was looted. He mentioned names, figures and details.

“Of course, he exonerated himself, saying he was just acting on instructions. But he is a goner as far as the President is concerned.”

Matters have not been helped by the down plunge of the nation’s currency, the naira, which continues to drop exchanging for N345 to the dollar at the parallel market as at Monday, with the apex bank seemingly helpless with the country’s foreign reserve having been plundered.

Though Emefiele’s appointment is for a five-year renewable tenure that ends in 2019, it was learnt that Buhari is determined to have a complete economic team to fix the nation’s dwindling economic fortunes.

Emefiele, it was gathered, is the only puzzle the President has to remove to have his complete economic team. Besides, sources said the President has prioritised immediate resuscitation of the ailing economy as topmost in the next one year.

Though Emefiele’s appointment is for a five-year renewable tenure that ends in 2019, it was learnt that Buhari is determined to have a complete economic team to fix the nation’s dwindling economic fortunes.

It is believed that Monday’s sack of 26 Director Generals of parastatals, Ministries, Departments and Agencies(MDAs) of government was informed by the need to overhaul the economic machinery of the government, most of which was inherited from Jonathan.

Also, the sack on Monday of the Director General of the Budget Office, Yahaya Gusau, who was appointed less than six months ago signposts the resolve of Buhari to have a firmer grip on the economy.

A source privy to the arrangement said: “The President is concerned the economy is completely gone. He wants to revive it and the CBN is critical to this.

“I mean no government can deliver the economy with the Central Bank in good hands. Emefiele has served his usefulness and will get the boot any moment from now.”

Asked if the President will not be breaching the law by sacking Emefiele, who is three years away from his five-year tenure, the source said: “Every appointment and sack is at the discretion of the President.

“Will he have to wait till 2019 before salvaging the economy because of someone’s tenure? Nigerians are fed up with the economic hardship and the President has to do the needful in the best interests of the nation.”

It was further learnt that Buhari has been under immense pressure to dispense with Emefiele, who is believed to be Jonathan’s man to pave way for the emergence of someone friendly to the All Progressives Congress (APC).

Many party chieftains have impressed on the President that the parlous state of the economy, particularly the dramatic slide of the naira were due to CBN’s failure to implement government policies effectively.

Buhari was said to have resisted the pressure to guard against having a politically-exposed person as CBN’s helmsman. Yet, he is said to have sanctioned the sack of Emefiele, which is expected to become public knowledge ‘any moment from now’.

RipplesNigeria …without borders, without fears