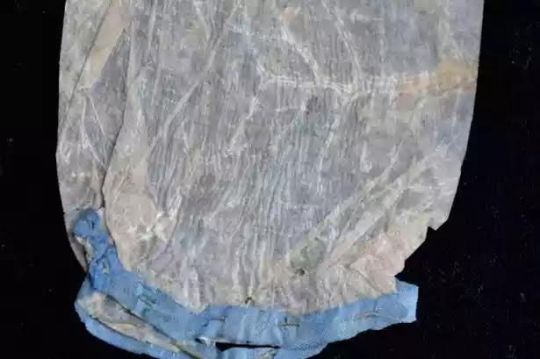 200 year old condom: A condom which measures an impressive 19cm and made from sheep’s intestine about 200 years ago has sold for a staggering £462 on online auction site, Catawiki. The condom which is thought to be in use around the 18th and 19th century was expensive and took a lot of time to make hence only the rich could afford them.

This was before the advent of rubber condoms in the 19th century.

Condoms from the Middle Ages were made from the intestines of sheep, pigs, calves and goats. The condom which was found in France sparked a bidding war which saw it sell for more than double its estimated value making it the most expensive in the world.