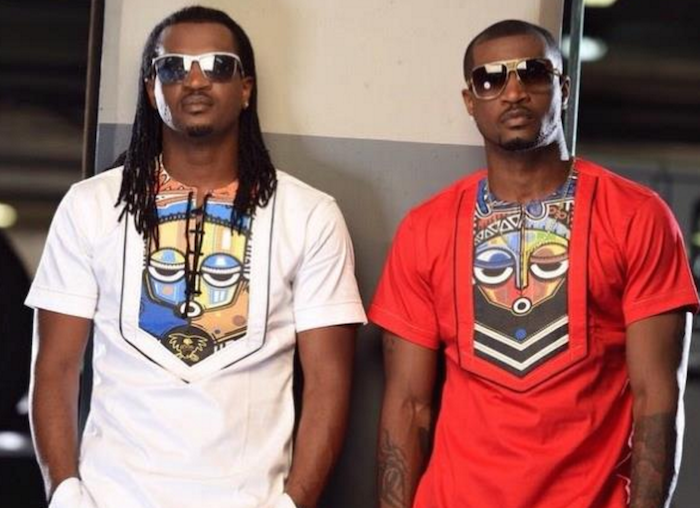 P-Square split – Following weeks apart,lack of new music or a video, Paul signing anew artist and Peter traveling the world as he delves into football management, many have said the famous twin duo known as P Square have parted ways..

Peter Okoye reacted to the rumours yesterday. Though he did not directly confirm a split, he says he has an issue with the management (i.e, their elder brother and manager, Jude Okoye). They survived a split in 2014 after the same issues with his manager and brother  who didn’t attend his traditional wedding.

There have been rumours, Peter Okoye feels left out of decision making regarding the group. Paul once insinuated he writes most of their songs in tweets he posted in early 2015. Read from bottom up 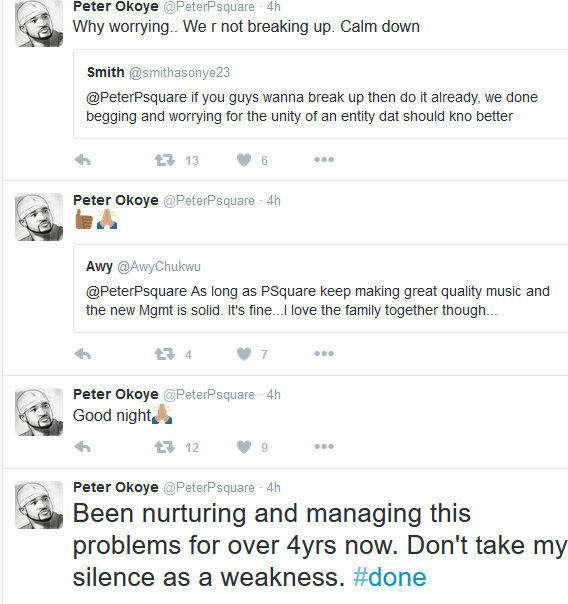 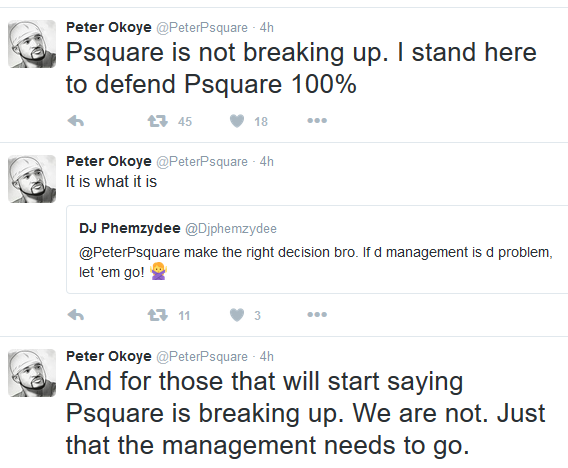 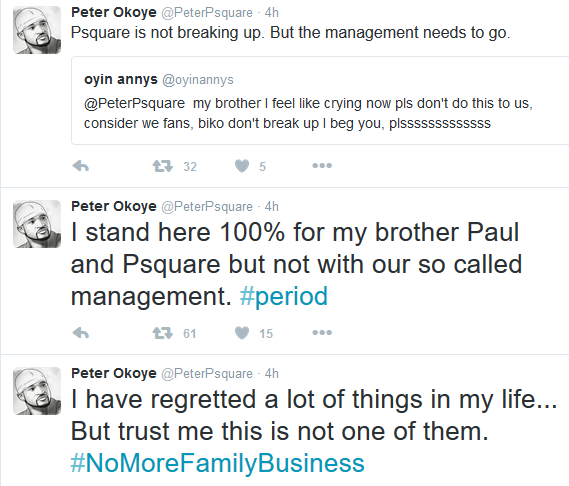 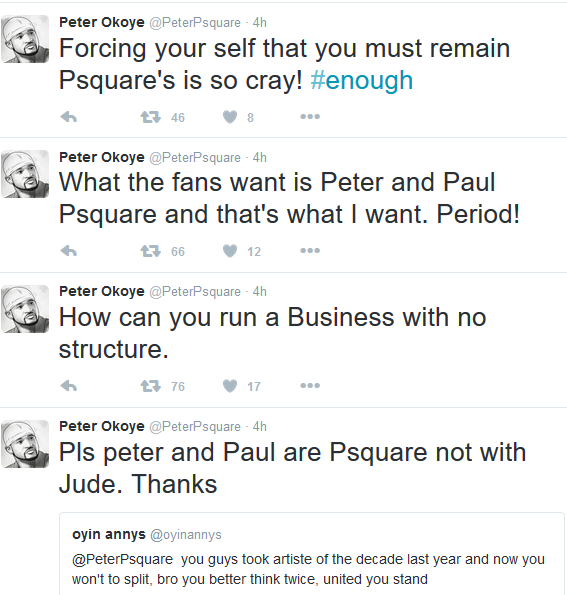 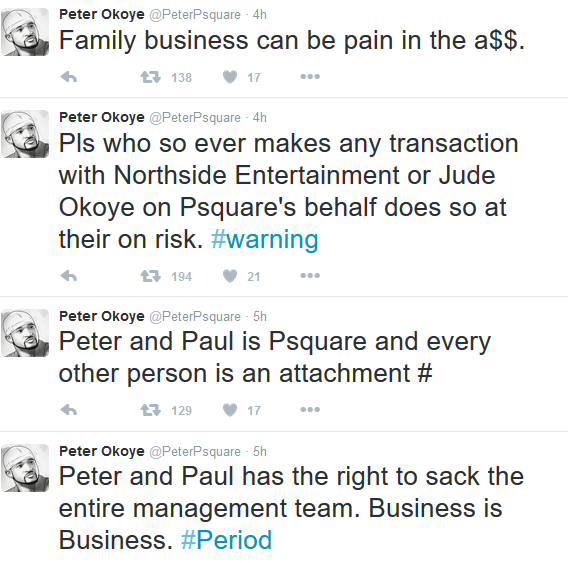 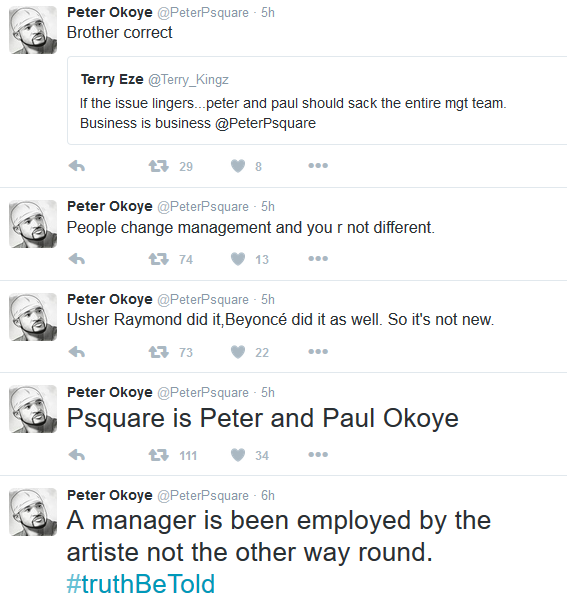