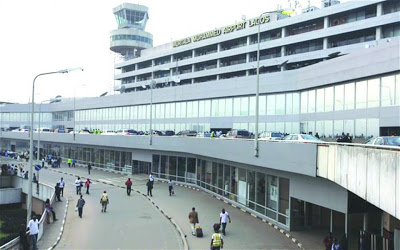 Woman dies inside toilet: An unidentified middle aged female passenger who was billed to travel with Etihad Airways died inside one of the toilets at the Murtala Muhammed International Airport, Ikeja, Lagos, yesterday’s morning.

According to The Nation, the woman is believed to be traveling for medical treatment when she suddenly died. She is said to have complained of sudden pains and went to the toilet where she suffered some complications and died. Spokesman of the Federal Airports Authority of Nigeria (FAAN), Yakubu Dati, confirmed the incident.

This video of Nigerian Army shooting at and killing…