The 10 hottest girls Harry Styles has slept with (With Pictures) 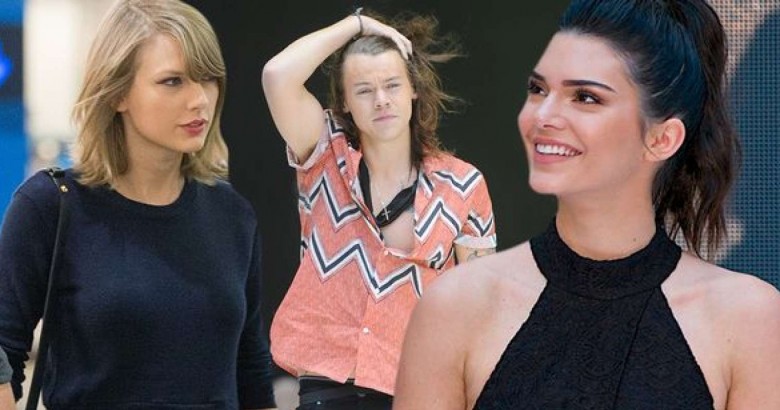 Hottest girls Harry Styles has slept with – Being a part of a successful music group has a lot of perks. No, I’m not talking about the snacks in the dressing rooms or the designer wardrobe options. There’s something that famous singers have access to that can be more satisfying than million-dollar paychecks. What could that be? I’m referring to the girls, of course.

There’s something about being a musician that attracts the ladies. And if there’s one dude who’s familiar with that lifestyle, it’s Harry Styles from One Direction. And it totally makes sense to me. He is super famous, pretty good looking, and he actually seems like a nice guy. And on top of all that he has some appeal as a seemingly loyal person who would stick around, unlike some people — cough cough Zayn Malik.

One Direction has been an extremely popular band for a while so it makes sense that there is just so much speculation about Harry Styles and his love life. I mean, come on, just look at that hair. I’m sure that a lot of girls want to run their fingers through that.

There are so many rumors out there that it would take forever and a half to run through the whole gamut of women, but it’s only fair to have a shortened list with the ten hottest girls Harry Styles has (reportedly) hooked up with. All of the best looking celebrity ladies seem to migrate in one direction and that is toward Mr. Styles.

If you don’t believe me just check out the list of names and see for yourselves. No need for me to fill you in on a backstory when it comes to this girl. Unless you’ve been living under a rock for the past decade, you definitely know who Emma Watson is and exactly what she looks like. And I honestly can’t imagine her giving Harry the time of the day. I feel like she would never fall for his musician shtick, but I would not think any less of her if she did. There have been plenty of photos with the two of them at events, but nothing that made them look like more than friends. This was until 2015 when the two were spotted trying to be covert at a Manchester United game. If the two of them were just friends then why would they try to distance themselves from each other? It had to be a date and I’m sure it was one of many that they had. Although, I really can’t picture the two of them finding anything to talk about so I just fantasize that they spent a lot of time together in private—not saying a word, if you know what I mean.