The 27 most important people in Nollywood – Without them, Nollywood is destroyed! 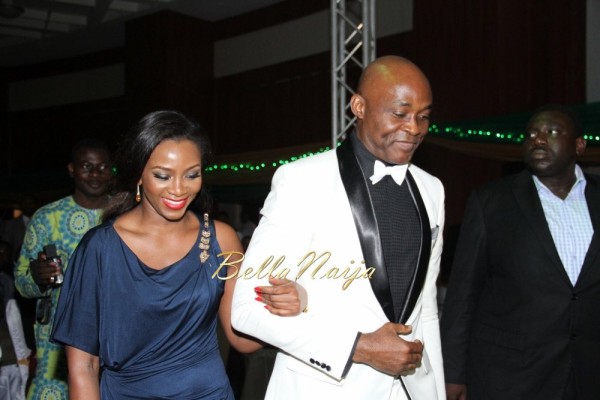 Most influential people in Nollywood: Desmond Elliot, Richard Mofe-Damijo, Patience Ozokwor and Omotola Jalade-Ekeinde have been named alongside renowned Movie Director, Tunde Kelani in a list of 32 of the most influential figures in the Nigerian movie industry released by top entertainment news website TheNETng ahead of the fourth edition of the Nigerian Entertainment Conference (NEC Live) holding on Wednesday 20th of April, 2016.

Published for the fourth year running by the TheNETng, the list is based on factors such as longevity, media following, output, awards and popularity within the industry.

CEO Mainframe Films Globally recognised as a leader of Nollywood, cinematographer TundeKelani has seen stars come and go. He’s also made many stars and big hits. But what ensures longevity for him and his Mainframe studios, is a rather rare connection with underdogs; a passion for inserting anonymous characters into leading roles and changing their careers forever. Plus, he brings fading cultural stories into the contemporary space, making films out of independence era literature, and preferring to trade in his native Yoruba. KunleAfolayan, himself a bonafide leader of the new school will tell anyone who cares to listen, that Kelani is his mentor and master. He’s not alone.

This Akwa Ibom-born movie producer is one of the most respected people in Nollywood. Beginning her career in 1994, she has excelled in writing and producing. With provoking and well thought-out plots, she has earned her place in Nollywood as one of the best screen writers. Isong holds a Bachelor of Arts degree in Theatre Arts from the University of Calabar and a diploma in computer science from the Computer Science Institute (NCR). She runs a film school, Royal Arts Academy, with which she has discovered young actors who are now giving the established ones a run for their money.

Prev post1 of 15Next
Use your ← → (arrow) keys to browse
Tags: countdownentertainmentMost influential people in Nollywoodphotosstaff
Share12Tweet8Pin3SendShare