Top 10 Ugliest athletes in Sports history – You need to see number 1! (With Pictures) 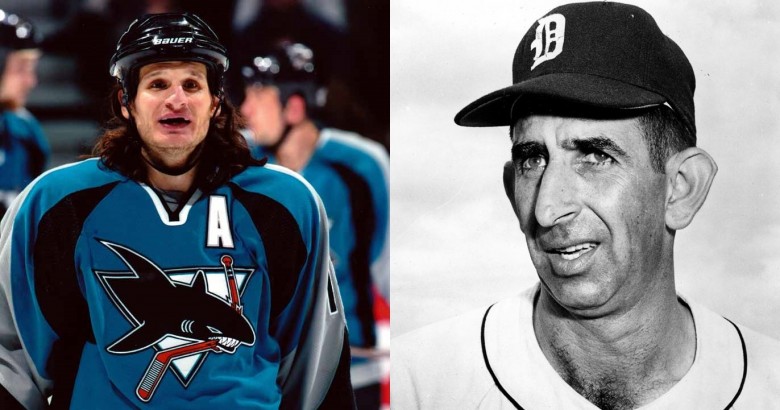 Ugliest athletes in Sports history – When someone uses the term “professional athlete” in 2016, most of our minds will jump to an image of a smartly dressed, bling-wearing Adonis, walking through airports followed by an entourage of security and managers. Of course, that wasn’t—and isn’t– always the case.

Athletes throughout the modern age of American sport have come from all backgrounds. They have been the sons and daughters of miners and factory workers as well as the spoiled offspring of millionaires and heiresses. They have also come in all shapes, sizes and, shall we say, levels of physical pleasantness in the eyes of their beholders.

OK, let’s just say it; some athletes are overtly hot and some are butt-ugly. What is ugly? Is ugly a look which moves toward but does not pass Marty Feldman? Does it count when an athlete has an ugly demeanor or a heart as black as Bill Belichick? For our purposes here, ugly will be defined as a natural look that the particular athlete could not help but bring everywhere he went. Therefore, athletes who have taken a famously ugly photograph or two but look otherwise normal when cleaned up are not included. And the winner of the “Most Likely to become a Serial Killer” award is…Bobby Holik! Seriously, if you put Jeffrey Dahmer, Ted Bundy and Holik in a police lineup and told someone to pick out the deranged murderer, you’d have to cuff Holik nine out of ten times.

He was a talented center for Hartford, New Jersey, the New York Rangers and Atlanta from 1990 to 2009, winning two Stanley Cups with the Devils. A two-time All Star with a quick shot and good vision, he was much sought after when he became a free agent and signed a lucrative deal in New York.

Unfortunately, no one told him that eyebrows should be like Will Rogers and a man he didn’t like. His piercing eyes set deep under that ridge of hair would make Chuck Norris cry like a little girl. It’s too bad he didn’t take a few more pucks to the face over his career. It couldn’t have done any harm.