What?? Bride and groom beaten up on wedding day – See what happened! 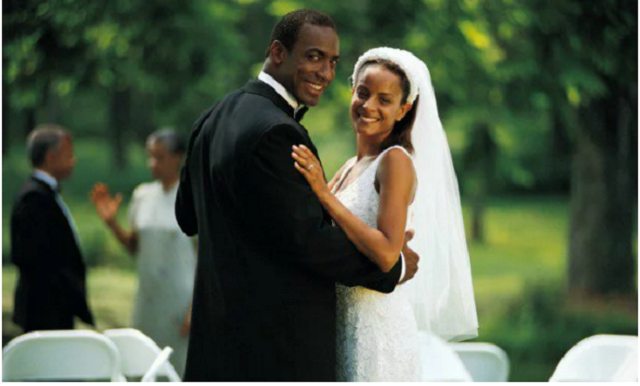 Bride and groom beaten up on wedding day – A bride and groom in the UK were beaten up on their wedding day  – They were attacked by members of another wedding party in a dispute over the reception venue   – The groom’s nose was broken and the bride punched in the head, a court heard – Two men are on trial accused of the assault.

A bride and groom in United Kingdom were allegedly beaten up at their wedding night hotel by members of another wedding party, a court has heard.

Glen and Georgina Evans were staying at the Farnhams Hall Hotel in Ware, UK, when they got into a dispute with members of another wedding party. Lee Doyle, 37, and Gary Hutson, 46, both guests at another wedding reception in the hotel, are accused of the attack.

Glen was left with a broken nose after the assault while Georgina was punched in the head.

According to prosecutors, “Mr Doyle and Mr Hutson asked Mr and Mrs Evans and their friends to move away from a fireplace where they were having a drink following their own reception at another hotel”.

Mr Evans said the two men and the other groom had confronted him, arguing that the area was reserved, though his party had been put there by bar staff.

In the ensuing altercation Mr Evans said he was hit by Doyle and Hutson before being kicked and punched by others who had joined in the attack.

He added that Mrs Evans was punched too. The groom said he sustained bruising to his head and ribs. His nose, which he had recently broken playing football, was fractured for a second time.

The newlyweds finally spent their wedding night in a different hotel.

“I went on honeymoon with my husband having a broken nose and me with bruising to my face,” Mrs Evans told the jury.

Mr Evans denied allegations of being “aggressive”, insisting he wasn’t the first to throw a punch.

Notorious Lagos robbery gang arrested in Church – You need to see what they were doing!

The most sacred Muslim site in the world “Kaaba” opened for Buhari.. Amazing! (See Photos)