10 celebs you didn’t know were criminals – This will shock many! (With Mugshots) 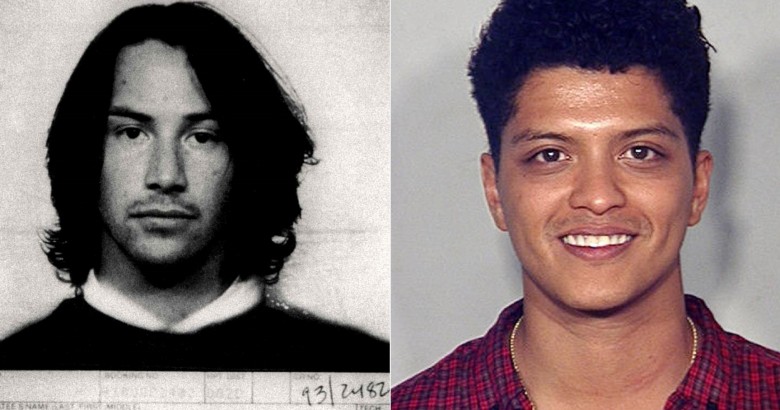 Celebs you didn’t know were criminals – According to the Wall Street Journal, nearly one in three American adults has a police record. All things considered, odds are that you are personally acquainted with at least a few people who have been arrested at some point in their lives, for one offense or another. And despite the obvious buffers provided by fame and fortune, some celebrities haven’t been able to escape the statistic.

Although notorious red-handed stars like OJ Simpson, R. Kelly et al may have largely managed to evade the law amid incriminating bodies of evidence, others went on to prove that stardom wasn’t exactly the Get Out of Jail Free Card they had hoped it would be.

You might be able to envision some of the not-so-lucky ones in the back of a police car with little difficulty, while others will probably leave you feeling like two distinct worlds have collided. These lesser-known celebrity criminals are inextricably associated with reputations either so snobbishly posh or glowing with wholesome modesty, you’ll have a hard time believing they ever broke bad, even in their younger years.

So keep reading; we’ve compiled a list of the top ten celebrities – along with unflattering mugshots – who went from limelight to crimelight and have the soiled police records to prove it. First on our list of stars in stripes is Keanu Reeves. He became a household name at the turn of the nineties for portraying the legendary bonehead “Ted” in the popular Bill and Ted films, but ironically ended up living up to the role when he was pulled over for drunk driving in 1993. He was arrested and hauled in immediately, but avoided a harsh sentence due to his instantaneous confession. He could have landed himself some serious prison time if he hadn’t owned up, so it’s probably a good thing he didn’t pull a “Conspiracy Keanu.”