10 Wrestlers accused of using “bedroom” favours to succeed (With Pictures) 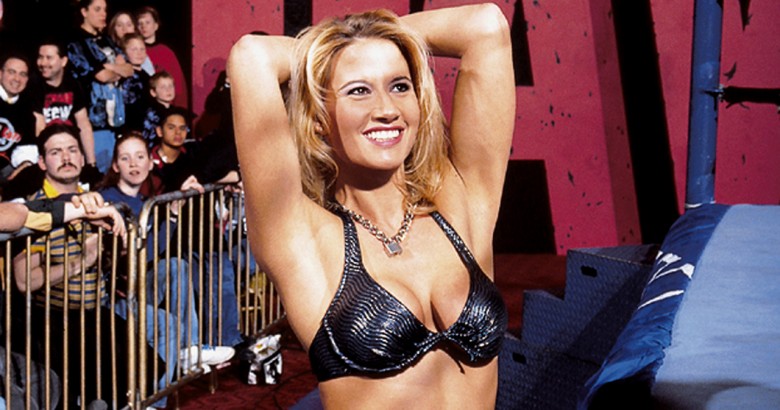 Wrestlers accused of using “bedroom” favours – We’ve spent enough time covering the fact wrestling is a seedy industry it shouldn’t be too surprising some people have been accused of getting their jobs, and succeeding at those jobs, for reasons completely unrelated to their wrestling ability.

While the general nature of a sexist society means far too many women in wrestling have been accused of this, men haven’t been exempt, either. Some of the most successful male and female wrestlers in history have had their accomplishments put into question, with the detractors claiming they only got where they did by giving sexual favors to someone with serious power in the wrestling industry.

These rumors come from a variety of sources, including the families, friends, and fellow wrestlers who worked alongside the accused. Honestly, we feel as though the majority of these performers were definitely talented enough that their personal habits probably weren’t a huge part of their success. However, in several cases we have to admit the evidence is solid that some kind of relationship in the very least existed, whether or not it actually lead to the wrestler’s success. Read into it as much as you’d like and probably take it all with a grain of salt, but look below if you want to learn about 10 wrestlers accused of using sexual favors to earn their place in wrestling history. Most people on this list were accused of giving sexual favors to the boss, or at least somebody with some kind of direct power in the company, but Brutus Beefcake and Hulk Hogan were simply accused of being more than just friends. During the well-publicized Hogan divorce trial, Hulk’s ex-wife Linda claimed she believed Hogan and Brother Bruti had been having a romantic and sexual relationship for years. She cited the closeness between the two after Hulk had back surgery as clear evidence they were engaging in sexual acts.

It’s a wide leap to say a friend helping another friend out after surgery means they’re in romantic love, but Linda also has Brutus Beefcake’s career to point to as evidence she may have been on to something. No matter how hard he tried while performing any of his 18 gimmicks, the man really named Ed Leslie had nowhere near the presence of the Hulkster. Regardless, he somehow still managed to follow Hogan to nearly every company he worked for. His gimmicks usually placed him next to or against Hogan, always to the chagrin of fans, especially when the two headlined Starrcade 1994.

15 Crazy thoughts men have when dating women with big boobs..

4 things you MUST figure out before getting married.. Very important!