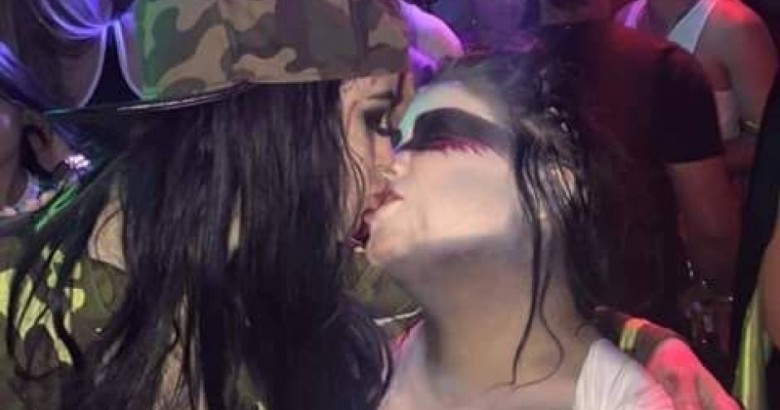 Pics of wrestlers partying – When it comes to the lives of pro wrestlers outside of the ring, times have certainly changed. During the late 80’s and 90’s, Vince McMahon and the WWE did its very best to not expose the business outside of the WWE. This factor intrigued wrestling fans, and ultimately wrestling rumor pages ran wild all over the internet exposing the wrestling business.

Despite this kind of exposure, there are still many things the WWE doesn’t want you to know about their talent. Some of these pictures included on this list are probably frowned upon by the WWE. Despite this, wrestling fans just love to see the lives wrestlers live without hiding behind a gimmick. So for your entertainment, here are 15 rare pictures of wrestling stars partying that the WWE would never want you to see. Let us know which picture you enjoyed the most! Back in the 80s and 90s, partying and pro wrestling seemingly went hand in hand. The former wrestlers lived the lives of rock stars going from show to show and bar to bar, it seemed. Today, times have changed and wrestlers are more concerned with their hectic travel schedules and staying in shape. Now with this being said, there still are those old souls in the locker room, and one of them is former WWE Champion Chris Jericho. In this picture you can see Chris enjoying more than a couple of drinks with his fellow co-workers the Usos and Dean Ambrose. It’s cool to see these WWE stars still having a good time despite their crazy road schedules today, working shows three to four times a week. Judging by this picture and the size of those bottles, it looks like stuff got pretty crazy on that tour bus!