15 things men should never say to women.. Ever! 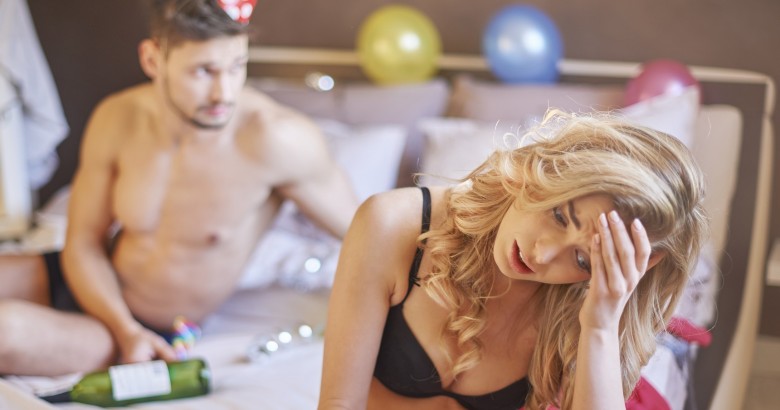 Things men should never say to women – For many years now, men and women have been coexisting pretty successfully (for the most part). No matter how much we dream and pray though, the arguments will never fade. Men and women are almost born ready to argue with each other, whether it’s a platonic or romantic relationship.

Man dumps girlfriend days after telling her ‘you mean the…

No man likes to argue – neither does any woman. Both parties have their own ways of dealing with things. Men think women get too emotional, and women often think men don’t have enough emotion. This, in turn, starts another fight which is what everybody wanted to avoid in the first place.

There’s probably a million things that men still need to learn and accept when it comes to women – one of those things is knowing there are just some things you aren’t allowed to say in a relationship. If it’s a platonic friendship with a woman, there are still some things men aren’t allowed to say because when we get down to it, some things are just upsetting and offensive to women. Fighting and being called a jerk is never fun, but believe it when it’s said that there are things you can do to prevent tension and arguments in the future. If you assess a situation and really think about what should and shouldn’t be said, that’ll get you out of hot water real fast. All it takes is learning how to develop a filter. Here are 15 things that men need to learn never to say to women. Trust us, dudes, these little hints will save you so many headaches.

Texting or talking through email can often get messy. Obviously, readers aren’t able to interpret tone through texts and emails, so things can often be taken the wrong way even if it wasn’t meant to be hurtful or argumentative. One word that will always pluck a string with a woman though, is “K.” “K,” is the last thing you want to send a woman, unless she’s telling you she’s on her way to your house or something. “K” makes it seem like you’re angry, or you’re trying to end the conversation in a rude way. It’s almost always interpreted negatively, so it’s best just to wipe the response from your brain altogether.