The 20 Sexiest pictures of Jessica Alba – Se how smoking hot she is! 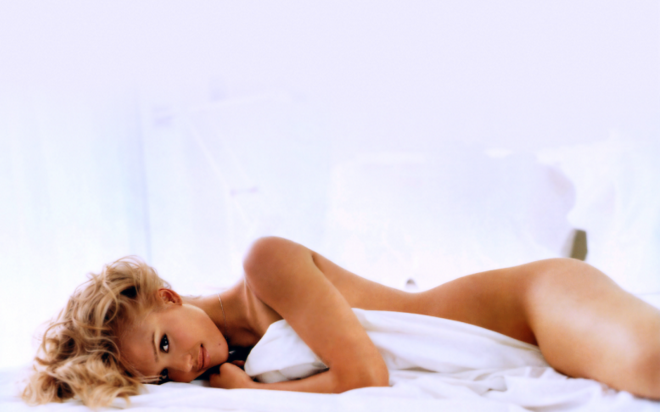 Sexiest pictures of Jessica Alba – There are some things that just don’t exist in the world – moderate republicans, a scandal-free NFL season and a bad picture of Jessica Alba. However the photogenic movie star is shot, whether it be on the cover of a magazine, in a photo shoot or even walking down the street to buy a coffee, the 34-year old radiates off the camera like few manage to do.

The golden girl from California burst onto the scene in the 1990s with small roles in productions like The Secret World of Alex Mack, Flipper and cameos in Chicago Hope, Beverly Hills and 90210. That opened the door for a career in film, featuring in Never Been Kissed, Paranoid and Honey before the 2005 smash hit Sin City, a film that really got tongue’s wagging.

But regardless of the critical reception of these films, Alba has always managed to enhance her public image through her incredible modelling career, business ventures and philanthropic endeavours. In January this year, Vanity Fair examined the rise of her Honest Company, now valued to be worth in the vicinity of $1.7 billion.

However, that consumer start-up based in Santa Monica came under fire when tests returned a reading for “significant levels” of sodium lauryl sulphate in the laundry detergent products sold by Honest, an ironic twist of fate given the company name and a seldom blow to the image of Alba.

For the PR damage this problem will cause, Alba will not disappear into the shadows and nor should she. The star of multiple action and comedy movies over the past 15 years has too much to offer to too many people and as the following images will demonstrate, the girl from Pomona knows how to personify elegance, class and sexy all at the same time. Chances are you won’t find many women sporting this unique one-piece down at the beach this summer. Complete with a new brunette look, this shot with Alba portrays a sexy stare down of the lens in a beautiful rock location in the near background. The white garment she is wearing covers her from the front and provides a complement to the white nails and the white bracelet she’s wearing around her wrist. The dark hair and bright white attire illustrates how fashion-conscious the actress is, providing the perfect ying and yang effect to the image.

Prev post1 of 14Next
Use your ← → (arrow) keys to browse
Tags: countdownentertainmentJessica AlbaMastermind 101photos
Share14Tweet9Pin3SendShare