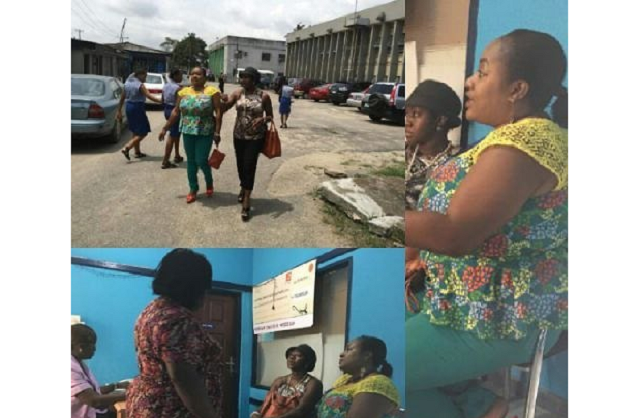 Foluke Daramola visits Queens College Lagos – Popular Nollywood actress, Foluke Daramola-Salako is concerned for the welfare of young women and in that vein paid a visit to Queens College on a fact finding mission over the curious case of Mr. Seni Oshinfala the teacher who was alleged to have se’xually harassed female students.

Over the weekend, a parent reportedly known as Chinenye Okoye, whose child was a student at the school, wrote to blogger, Olorisupergal, accusing Oshifala of assaulting her child and the school authorities for trying to suppress her complaints. Yesterday, some Queens College students reportedly staged a protest in support of the teacher’s innocence. However, the ‘tales’ by some of the school’s alumni, in addition to numerous reports, suggest otherwise.

In her continued quest to curb the incessant rape and abuse in Africa, the Founder of Passion Against Rape and Abuse in Africa (PARA Africa), Foluke Daramola alongside her celebrity sister, Titilayo Oshodi, visited Queens College, as they investigate the case. But the multiple-award winning Actress and Social Activist confirmed that the situation is still Iffy, as the school authorities claimed that the person who threw it open to the social media is still facially anonymous.
She shared some photos from her visit and captioned it with: So I went on a fact finding visit to Queens College Yaba today. Gathered that investigations are still ongoing. Keeping my ears to the ground. #notosexualharrassment #notosexualabuse #PARAAfrica #zerotolerance

If you want your marriage to last forever, Never do these 4 things!

My end has come – Shekau surrenders?