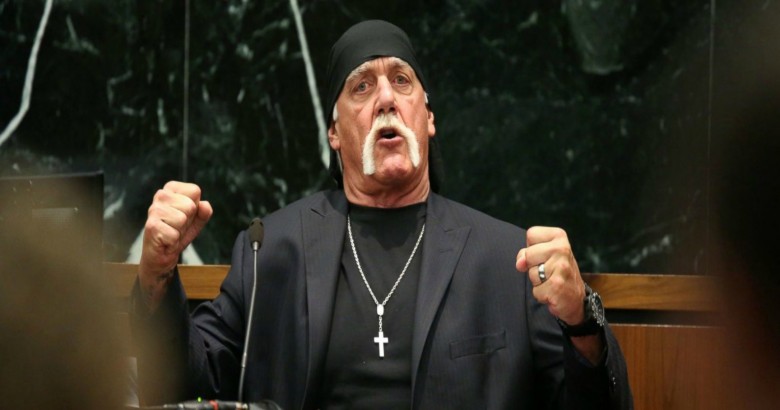 Hulk Hogan Awarded $115 Million In Sex Scandal Lawsuit – There was not a more iconic wrestler in the 1980s than Hulk Hogan. Hogan was constantly being viewed as a role model by people of all ages. Whether it was telling kids to eat their veggies, or slamming Giants, there is no doubt that Hulkamania ran wild.

That just makes it all the more disappointing that Hulk Hogan is currently not on great terms with the WWE. The company cut ties with Terry Bollea (aka The Hulkster) after he was heard using racial slurs on a sex tape that was then uploaded to the website Gawker.

The video sparked a debate over a celebrity’s right to privacy, as the video was very clearly an invasion of Bollea’s personal life. The jury decided on Friday that Bollea will be awarded $115 million in damages. This included $60 million for emotional distress, and $55 million for economic injuries as a result of the scandal.

If you think this number is big now, the jury is also going to re-convene to establish if there will be more punitive damages attached to the case.

No matter what the final total ends up being, it is a crippling blow to Gawker. While a big company, which currently employs roughly 250 people and owns 7 other websites, this is still a significant number.

Gawker is known for its aggressive, no holds barred approach to journalism, making it an easy medium for people to then digest the tape. They claimed that the video was protected by the First Amendment and that people had a right to see it.

The video was shot in the mid 2000s, and featured Hogan sleeping with the wife of a friend of his (allegedly with the friend’s permission). The gentleman in question, Mr.Clem, was not asked to speak at the trial, citing potential for him to be untrustworthy.

As Bollea’s lawyer would mention in court that the leaking of the video was an incredible violation of privacy. If Gawker had any journalistic integrity, they would have approached Mr. Bollea prior to the video being uploaded.

Gawker’s lawyer defended that because Bollea has consistently chosen to put his life out there, that anything he did should be fair game. They also have stated that the jury failed to see important pieces of evident, and failed to hear key testimony, and as a result, they are going to appeal the decision.

Either way, Bollea’s image was forever changed from this ordeal. Let’s hope he leaves the court with enough money to help put it all behind him.

The 20 Sexiest pictures of Jessica Alba – Se how smoking hot she is!