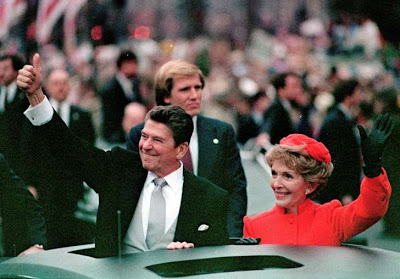 Nancy Reagan, wife of former President Ronald Reagan, and former actress who was fiercely protective of her husband through a Hollywood career, eight years in the White House, an assassination attempt and his Alzheimer’s disease, died today at age 94. She died of congestive heart failure in her Los Angeles home, her representative Joanne Drake said in a statement.

She’ll be buried next to her husband at the Ronald Reagan Presidential Library in Simi Valley.
Prior to her funeral, there will be an opportunity for members of the public to pay their respects at the Library, the spokesperson said. Details had not yet been announced Sunday afternoon.
Reagan, whose husband died in 2004, had appeared frail after suffering several falls in recent years. In May 2012 it was disclosed she had broken several ribs in a fall at her Los Angeles home six weeks earlier.
Share
RELATED STORIES

Photos from the fatal accident that claimed the lives of the Minister of state for Labor, James Ocholi, wife and son