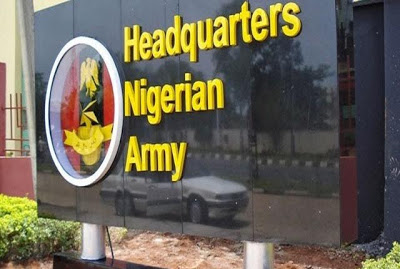 Army colonel kidnapped: Some unidentified gunmen have kidnapped an Army Colonel serving with Nigeria Army School of Infantry, in Jaji, Kaduna State. A statement by the Deputy Director, Army Public Relations, Usman Abdul, says the colonel was abducted while driving in his car with his wife around Kamazo near NNPC junction, Kaduna, at about 7.30pm yesterday March 26th.

“The abductors dropped off his wife and left with him in his car and headed towards Abuja. They drove in a Mercedes Benz GK black colour with registration number Abuja, KUJ 154 TZ,” the statement said.

Efforts are on to rescue him. No group has claimed responsibility for his abduction.