Nollywood actress, Foluke Daramola says it’s unfair that her boobs gets too much attention – You need to read this! (+Photo) 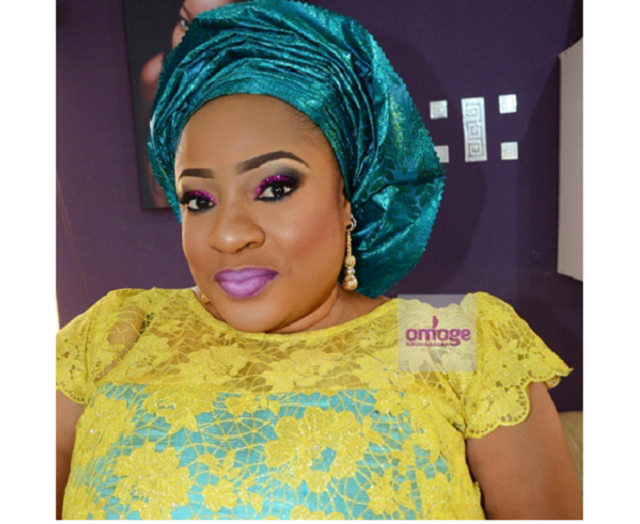 Foluke Daramola – Nollywood actress Foluke Daramola-Salako has spoken on the pains she has faced from fans and observers of the Nigerian movie industry stating that there is more to her than her looks. In a recent interview with New Telegraph, she explained that she is an intellectual and one who can relate with deeper conversations.

She said: “It pains me because there is a whole lot to me than just the boobs and entertainment. I am an intellectual. I am one person who relate with education, but unfortunately or fortunately, I will say that people just think about Foluke and the next thing they think about are my boobs. I count it as an asset and I have grown to just appreciate it the way it is.”

The popular Yoruba actress got married to her lover Kayode Salako with whom she previously lived for four years.

They had their traditional wedding on her birthday on February 15, 2015, and a year later they made it official in court at the Kosofe registry in Lagos.

During an interview with the Punch, the actress confirmed the marriage but dismissed reports that she was pregnant.

She said: “The reason we decided to go to the marriage registry today is because it aligns with the Valentine’s Day’s season and mood. Love is in the air and this is the perfect time to renew our love.

“We did our traditional wedding on February 15, 2014 on the same day as my birthday. An atmosphere of love is around and we feel it is the perfect time to go to the registry and document our marriage properly.”

Not long ago, the actress talked about her readiness to work on her anger problems in a bid to control her outbursts in 2016.

‘All you all want is PSquare; All I want is family, love and care’ – Paul Okoye pours his heart out

Married woman sleeping with a young boy busted by husband – See what happened!