Peter Okoye exposes a lot about the problems within PSquare – This will make you shiver! 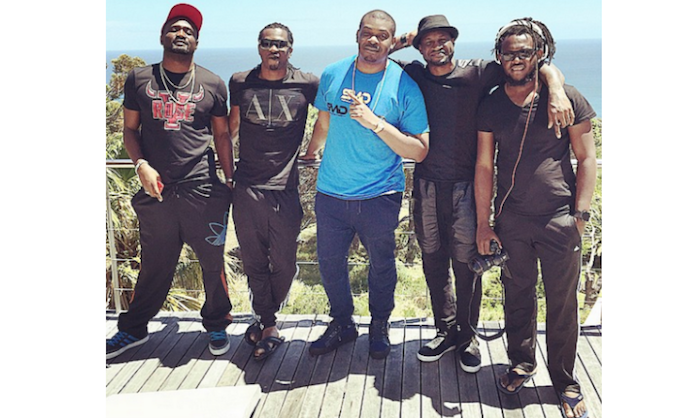 Peter and Paul Okoye seem to have settled their differences and resolved to sing together albeit with different managements. However Peter Okoye  had granted an exclusive interview to the NetNG  on Thursday March 17 about the genesis of the problems within Psquare, Jude Okoye and their wives. It is a very long interview but it’s worth reading. Read below:

“Psquare never broke up, they only did on…

THE GENESIS OF THE ISSUE:

The issue was the fact that I was in Psquare and it felt like I was in fear. If I don’t do this, Psquare will break-up, if I don’t do that, Psquare will scatter.’Four years ago, I told Jude that he needs to step down as our manager, because I didn’t want to disrespect him as a brother, but this is business, we have to structure it. And Jude said to me that there’s a way I’ll talk to him, and he’ll slap me. So I kept quiet’.

‘So, a few hours after, Paul came to me and said if I want Jude to step down it’s not a problem, but it’ll mean that he (Paul) will go solo. The the first time word got out about Psquare breaking up, a lot of people called us, senators, governors, and people like that. In fact three of us were once in a private jet to go and see someone who wanted to resolve our issues and we didn’t speak to each other all through the flight. At the end of the day, I swallowed my pride for peace to reign and allowed Jude to remain as our manager’.

ON LIVING WITH PAUL

I and Paul stay together in this estate and the last time I saw him was about a week ago.’Truth is, I’ve not been in talking terms with Paul since December 2015 and that was why I travelled in January because I had a lot on my mind.

Something happened at Mavin Studios last year that broke my heart.

ON COLLABOS WITH OTHER ARTISTS

Now listen to this, Psquare featured on songs with J-Martins, Bracket, LKT, 9ice and these 4 songs were done by Paul alone, but guess what, did I appear in the videos, YES’.

‘Now hear this, we have other collabos with Kaha, Darey, Ruggedman. I did these songs alone. How come they don’t have videos? Paul refused to appear in the videos’.

‘So I told Paul that when next he does collabo alone, he should be in the video alone, because it got a point where artistes began to feel if they do a collabo with Paul it gets a video but if it’s me it doesn’t get a video.

The last collabo we did was with Flavour and I refused to do another one. Even Flavour had to speak all the Igbo he knows to convince me before I agreed to do it. Only for my brother to come and tell me that ‘shey I thought you said you won’t appear in any video that I did the collabo alone? Why did you appear on this one?’. I was sad but I knew another one will come’.

So Tiwa Savage called me, apparently Paul had gone to do a song with her, not the campaign song they are promoting now, another Psquare collabo entirely. So she called me that she’s been trying to reach Paul to get the CD of the song from him that he’s already done his part, so I went to Paul’s house to help ask for it and tell him that I want to go to their studio to do my verse and he said he doesn’t know where the CD is’.

‘I went to the Mavin studio to meet Tiwa, when I got there, she asked for the CD and I told her Paul didn’t give me any CD, so I called him again and gave the phone to Tiwa and told her on phone that the CD is at Omole, so I got into the studio recorded my verse and when I finished, everybody was clapping. I was surprised only to realize that Paul had gone to tell them that I don’t sing or write songs’.

Read Ese Oruru’s unedited letter to Yunusa, her lover – Be prepared to be shocked!