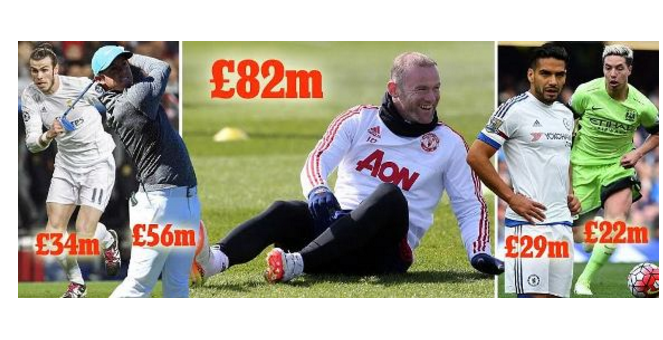 Richest British young sportsmen – Manchester United and England skipper Wayne Rooney has been named as Britain’s richest young sportsman in the Sunday Times Rich List for 2016. The 30-year-old has seen his wealth grow by £10m over the past 12 months, largely thanks to a new deal at Old Trafford that takes his earnings up to £300,000 a week on top of endorsements.

Rooney is now the highest-paid player in the Premier League, while separate deals with the likes of Nike and Samsung have seen his personal wealth increase to take top spot in the annual list.