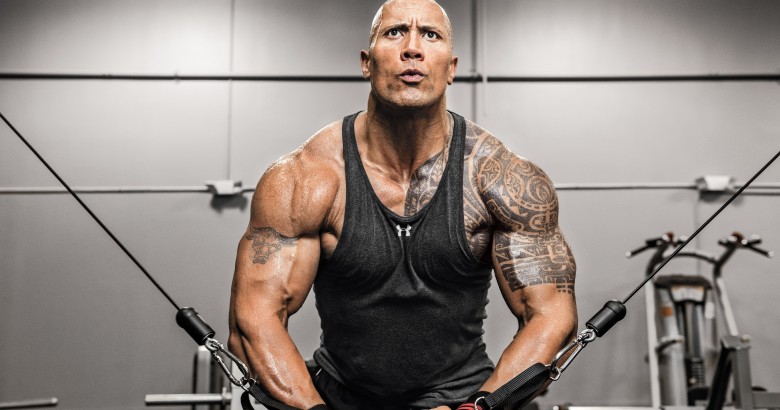 Dwayne “The Rock” Johnson – With over 58 million followers on Twitter and Instagram, it’s fair to say The Rock is a popular guy. Not only has he been entertaining fans since joining the WWE in 1996, but he’s managed to stay humble, hungry, and incredibly giving to fans/family along the way. It seems like every week a story comes along with fans running into him, saying how nice he was for talking to their kids or giving a family member a car for Christmas (multiple times!).

After playing college football for Miami, Rock made his way into the wrestling business where he went from being a hated man to one of the most beloved in just a few short years. Even though he’s not officially retired, he’s managed to win seventeen total titles with WWE as well as the 2000 Royal Rumble. He’s a sure fire Hall of Famer when the time comes and it should be one hell of a speech when he gets his moment in front of the fans.

You may not be aware of this, but he’s also in a lot of movies, in fact he’s made billions for the movie industry internationally; who doesn’t like to see Rock save the world over and over again? At any rate, this list will cover twelve reasons why Dwayne “The Rock” Johnson is awesome, but if you read this and still think otherwise, just log off, and go back to the cave you came from.

Over the years, The Rock has been known to send out old photos of himself that set the internet aflame, from pictures of his teenage days, when he looked like a full grown man (he blamed the mustache) to the most popular of his throwbacks, the 90s turtleneck complete with black fanny pack.

Once being shared thousands of times, the picture basically showed up on every single website known to man because, why not? The Rock appeared on Jimmy Fallon and was asked what was in the fanny pack? Rock responded simply: “Pop-Tarts and condoms.” With two really random items, it’s probably the truth.

13 Celebs rumoured to have fake booties (With Pictures)