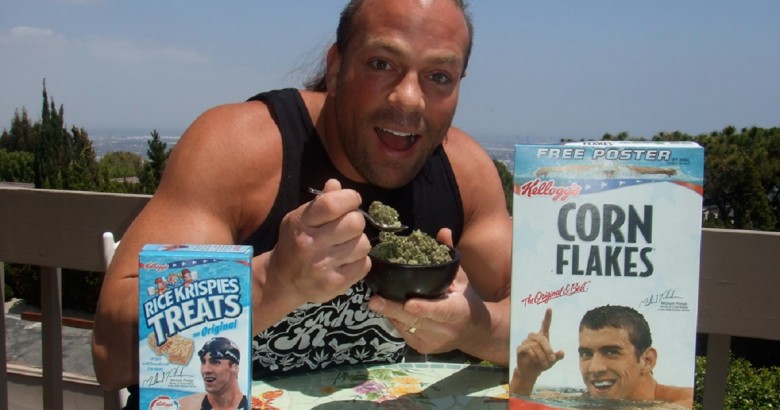 Wrestlers You Didn’t Know Smoke Marijuana – Pro wrestlers like to party. Vince McMahon likes to paint the narrative that his wrestlers spend all their time training, meeting fans, and playing video games, but the fact the WWE Wellness Policy needs to exist is proof a few of them would be doing something else if they had the chance. A few of them just ignore it and do whatever drugs they want anyway, and for plenty of wrestlers, that drug of choice is marijuana.

Especially ten or twenty years ago before the Wellness Policy existed, wrestlers loved to get high as often as possible, and quite a few even bragged about it on TV. In fact, marijuana wasn’t even directly covered in the original Wellness Policy, although it has been speculated as a justification for drug related punishments and firings.

This isn’t a list about which wrestlers did the most drugs in general, but rather its specifically focused on those who rock the ganga. Some may have given up the habit as they got older, but all of these wrestlers were once well known for their love of smoking weed. A few of them only grew to love weed more and more after retirement, spitting in the face of the detractors of the so-called drug that’s increasingly becoming decriminalized across the United States. Read on to learn which 15 wrestlers are happiest about decriminalization with our list of pro wrestling’s biggest stoners.

12-time WWE World Champion Randy Orton isn’t exactly the poster boy for the WWE Wellness Policy, considering he’s amassed quite a few violations and always gets a slap on the wrist for his rule-breaking behavior thanks to his high placement in the company. His first official suspension was in 2006 due to “unprofessional conduct,” and he was suspended again in 2012, this time for flagrantly throwing caution to the wind by rolling up a joint and smoking it while backstage during a taping ofSmackDown. Plenty of other superstars were caught smoking while employed by WWE, but it’s been a few years since wrestlers had the brass to do so during a WWE TV taping, so we almost need to give the Viper a little bit of credit for this one.