22 Celebrities who partied way too hard – See how they blow money! (With Pictures) 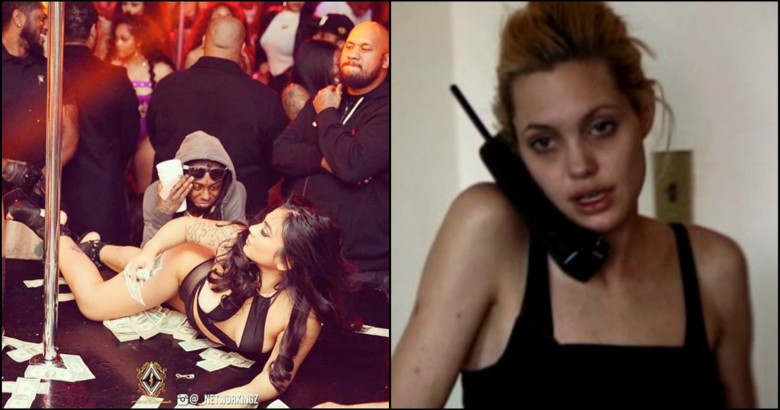 Celebrities Who Partied Way Too Hard – There is no shortage of famous celebrities out there who are known for their partying. After all, they couldn’t sing about partying all night long if they didn’t go out and do said partying. Whether it is abusing alcohol, drugs, or a combination of the two, the 22 individuals on this list have all had some extreme moments when it comes to partying.

We’re talking spending $2,500 a day on drugs kind of partying. You think Lohan can party? Well, she’s just the tip of the iceberg, which includes one individual who dropped a ridiculous one million dollars in one booze-filled strip club party. There’s making it rain and then there’s making it flood!

We’ve also got the people on the list who also have some pretty ridiculous former sex habits. Did you know Angelina Jolie‘s sexual interest in bondage, threesomes and all kinds of risque bedroom habits? No, you didn’t? Well you’re about to find out all about it!

Along with listing 22 of the biggest party people to ever hit Hollywood, there are highlights of their partying career, whether it’s the time Miley got drunk and topless or the time Biebs decided to make it rain at a strip club. It’s all in here, and so much more.

To some of these people’s credit, like Robert Downey Jr., they’ve cleaned up their image, but that still doesn’t change some of the biggest party moments from their past.

I did my best to rank them but as you’ll find by the end, all 22 of these people know how to get ridiculously crazy, or, well… did because the top two are unfortunately dead.

As an added bonus, several of the stars on this list also had the honor of some photos of them in their less than sober moments being leaked on the internet. So, enjoy, and the next time you find yourself messed up, at least you can say you aren’t as bad as Macaulay Culkin!

Now to be fair, you’re going to have to spend a lot of money on marijuana to make it on this list. Thankfully, Wiz meets the mark. The rapper has stated that he reportedly spends roughly $10,000 a month on weed. Shockingly, when his tour bus was searched, they found marijuana on board and Wiz was arrested and charged with possession.

To be fair, if you’re going to party all night with no sleep, marijuana is probably not the only drug that you’re going to be ingesting. Wiz has also been spotted in the past with stacks and stacks of cash at the Ace of Diamonds Strip Club. Bonus fact: He was partying it up with Snoop.