LADIES: 7 Body Language clues that shows his feelings about you are COMPLETELY REAL (Take Note) 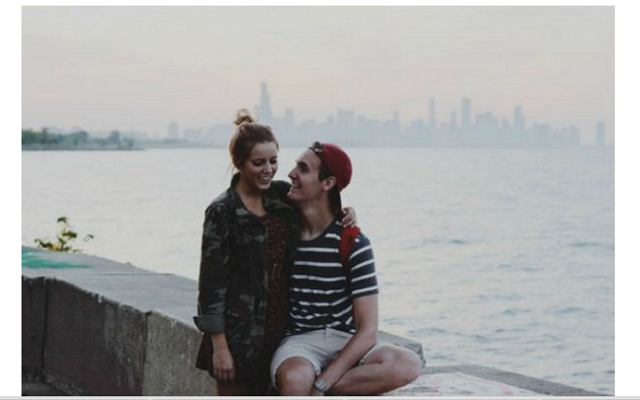 Body Language clues that shows his feelings – What subtle clues is his body giving you?

Whether you’re fluent in it or not, body language is one of the ways that we communicate. If you can figure out what a guy is telling you by the movements of his face, hands, torso or even legs, you can get a better idea if you should pursue anything with him or move on.

By studying someone’s body language, you can become a kind of human lie detector. To help you accomplish this, we’ve put together a list 7 body language clues men give (found in this Elle article) that are crucial to knowing whether or not he’s into you.

The first thing you need to do is to establish a baseline for the guy you’re interested in.

A baseline is the normal behavior for the person whose body language you wish to read. Everyone has their own quirks, habits and idiosyncrasies and you need to know, like if he regularly fidgets with silverware or if that’s something he does when he’s nervous. Any one behavior by itself isn’t necessarily showing you a mood change.

While body language changes can appear as single occurrences, such as avoiding eye contact, they often are a group of different movements that happen together, one right after the other or in clusters.

Sometimes the movements all go together and you can clearly tell that the person’s uncomfortable and other times, they can contradict each other, such as a person who rubs their nose (deceit) and then gives you a real smile complete with crinkly eyes. Body language isn’t always clear and can deliver some very mixed messages—you just have to sort it out the best way you can.

Also remember to consider the context of the behavior. If someone is on a first date, they may do indicators of irritations such as shaking their legs, but in reality they’re just nervous.

Be observant, and also listen — a man who’s interested in you has a tendency to drop his voice an octave.

The clues are there in his body language, it’s up to you to interpret them.

1. His smile reaches his eyes. A real smile reaches to the eyes and makes little crow’s feet. A fake smile stops at the lips.