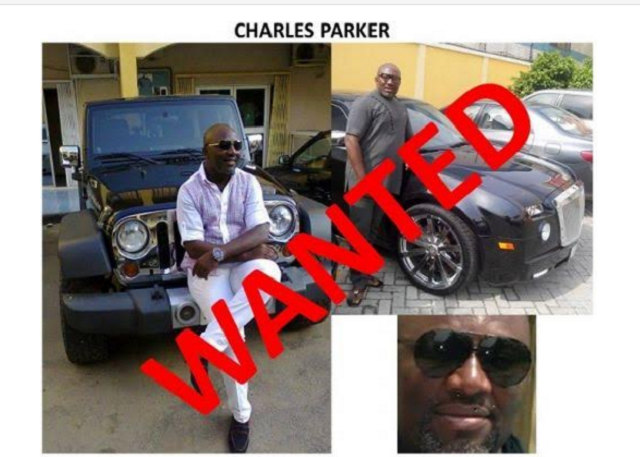 Nigerian Navy – The Nigerian Navy has declared a man named Mr. Charles Ekpemefumor (pictured above) – Wanted for the hijack of a Vessel named MT Maximus. In a statement released on their official website, Ekpemefumor was accused of being the mastermind of the pirate attack and hijacking of the vessel.

After several unsuccessful attempts to invite him over for questioning on the allegations made, the Nigerian Navy officially declared him wanted. The statement reads,

“It was earlier reported that a vessel, MT MAXIMUS with 18 crew members and carrying 4,368.203MT of Gas Oil was hijacked on 11 February 2016 by a group of suspected pirates off Cote d’Ivoire waters. Consequently, the Nigerian Navy deployed for rescue operations. The vessel was eventually rescued on 19 February 2016 within Sao Tome waters 320 nautical miles (nm) off the Nigerian coast. During the rescue operation, 6 pirates were arrested, while one of them was killed. Some items were recovered from the pirates including weapons and mobile telephones.

However, in the course of investigations, it was revealed that one MR CHARLES EKPEMEFUMOR aka Charles Parker or Captain Charles Agaba is the mastermind of the hijack attack on the MT MAXIMUS.

Additionally, he was alleged to be responsible for the leasing of mother ship MT DEJIKUN used for the hijack from one Mr Mustapha Kenny Gani through a third party called Mr Steve Paul. In view of his involvement in the pirate attack and hijacking of MT MAXIMUS, a letter of invitation was sent to him on 15 April 2016 to enable him come for questioning on the allegation. Several attempts have been made to ensure his compliance but all efforts proved abortive.

Accordingly, Mr Charles Ekpemefumor alias Charles Parker is hereby declared wanted by the Naval Headquarters in order to unravel the circumstances of the hijack of MT MAXIMUS. Therefore, any person who sights him should report immediately to any naval formation, military or security agencies for prompt action.”

Before & after photo of Mercy Aigbe and daughter Michelle