Nollywood actress, Mercy Aigbe clashes with policemen and gets arrested – See what happened! 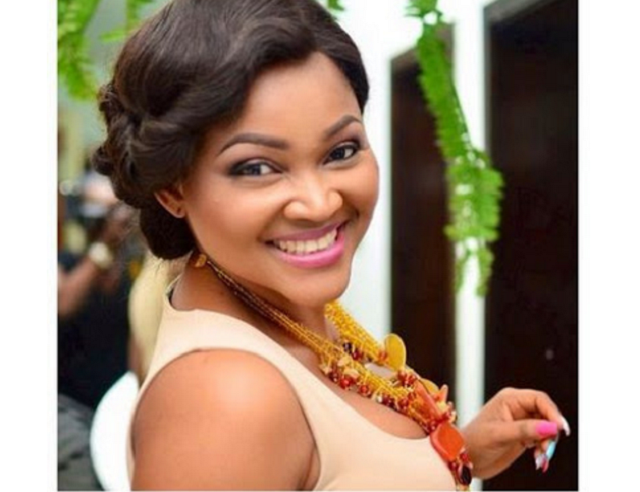 Mercy Aigbe clashes with policemen – Mercy Aigbe-Gentry, today had a run-in with some armed policemen in Osogbo when her vehicle she was traveling with was impounded by them. It was gathered that while a minor misunderstanding between the actress and the policemen that impounded her vehicle appeared settled, and her seized vehicle particulars released, some armed policemen suddenly appeared and rearrested the actress and her driver.

Eyewitnesses told Vanguard that the actress who was traveling in gold-colour Honda end-of-discussion (EOD), was flagged down while driving towards Olaiya Junction in Osogbo.

A source added that the vehicle was allegedly arrested because its driver was making call while others claimed police cap was put on the dash board of the vehicle which attracted the policemen. Her presence immediately attracted large crowd at the ever-busy Orita-Olaiya, which nearly led to the policemen being mobbed.

The visibly angry Aigbe-Gentry, was seeing making calls and had to be pacified before she agreed to leave the scene, even as many of those gathered verbally attacked those that arrested her.

However, when the actress and her co-travellers were released, about five new armed policemen later arrived the scene, and fired several shots into the air while the artist and others traveling with her were arrested and whisked away.

Reacting, ASP Egbedele, the assistant Police Public Relations Office, PPRO, Osun state Police command, explained that the matter was a minor traffic issue, adding that it has been settled.