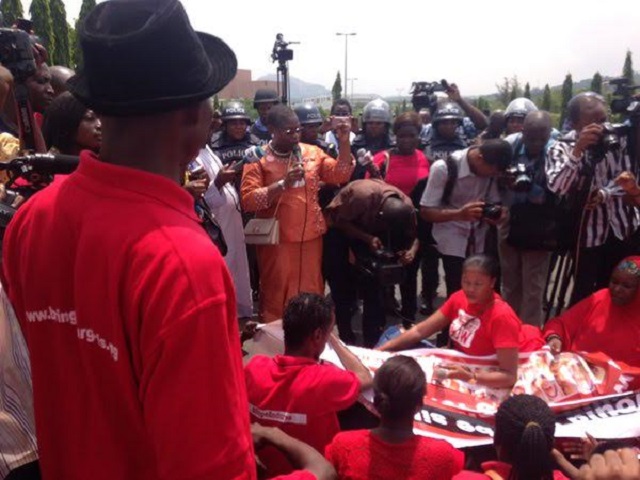 #BringBackOurGirls – Members of the #BringBackOurGirls (BBOG) group, were on Thursday, prevented from gaining access into the presidential villa, Abuja. In commemoration of the two year anniversary of the abducted Chibok girls, the protesters embarked on a march to meet with President Muhammadu Buhari but they were cut short by police officers on the road leading to the villa.

Speaking on the incident, leader of the BBOG group, Obiageli Ezekwesili described the action of the police as a reminder of the military era.

Ezekwesili said the presidency had been informed of the procession of the group to the villa gate, where they were scheduled to deliver a message to the government.

While expressing shock at the development, she maintained that the BBOGwould deliver its message on the road in spite of the barricade.