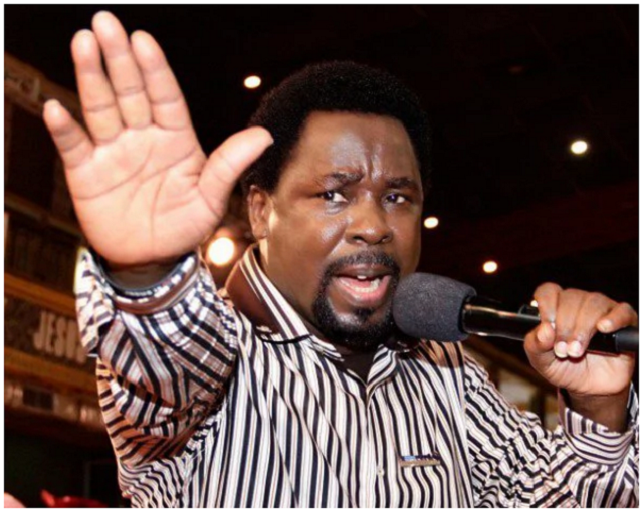 The General Overseer of the Church of Rabbi has urged Nigeria’s Prophet TB Joshua to stop the activities of Islamist group, Boko Haram in Nigeria if he wants his prophecies to be taken seriously.

Breaking Times reports that Prophet Kwabena Tawiah said he is baffled at how the supposed prophet did nothing and now the Boko Haram insurgents have infiltrated and carried out several bombings in Nigeria. In his view, TB Joshua who is the head of the Synagogue Church of All Nations (SCOAN) should concentrate on driving away Boko Haram from Nigeria and not prophesying doom for Ghana.

Prophet Kwabena Tawiah’s comment is in reaction to TB Joshua’s prophecy of an imminent attack on Ghana and Nigeria. The renowned Nigerian prophet had asked his congregation to pray against the attack which could happen either on Thursday, Friday or Saturday.

But his controversial prophecy which stirred so much panic in Ghana,  has been met with a lot of criticisms with many religious bodies including the Christian Council calling on security agencies to ignore it since Ghana cannot run on “the back of prophecies.”

In support, the outspoken Kwabena Tawiah stressed that the prophecy must be treated with the contempt it deserves.

Describing TB Joshua’s prophecy as unnecessary, the Church of Rabbi leader said assuming without admitting that the prophecy is true, God would have revealed it to a Ghanaian prophet and not a foreigner.

“What is TB Joshua saying; he should leave Ghana alone and concentrate on Boko Haram in Nigeria” he fumed.

TB Joshua has in recent times, had to face great controversy regarding his ministry in Ghana. It would be recalled that a few weeks back he was accused by Kwaku Bonsam who is also know as ‘Devil of Wednesday’.

The Devil of Wednesday who is said to be very powerful, boasted that he’s the ‘spiritual father’ of some of the most powerful preachers in Africa, TB Joshua inclusive.

Kwaku said: “Over 1, 700 pastors and so called men of God from different parts of Africa have approached me, seeking powers to perform miracles, including Prophet T.B Joshua from Nigeria.

He is my boy. I challenge him to come out and deny this.

7 Interesting Bible facts about bride price that will surprise you